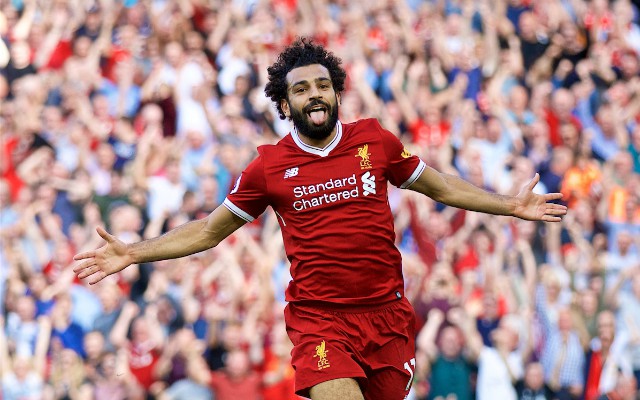 Given his form so far this season, the last thing that Liverpool would want is to see Mohamed Salah, a reported Real Madrid target, leave Anfield.

The 25-year-old has been a revelation for the Reds since joining from Roma in the summer, scoring 18 goals and providing six assists in 23 appearances in all competitions.

For those that followed him in Italy during his spells with Fiorentina and Roma, it was arguably to be expected that he would flourish in Jurgen Klopp’s system and style of play which relies on pace and movement to counter attack.

However, perhaps it’s fair to add that the level of influence is still a surprise, a welcome one for Liverpool fans though who have taken to him immediately.

In turn, talk of a move to Real Madrid, as sparked by Egypt coach Hector Cuper as reported by The Daily Mail, would have been a major concern for all those at Anfield.

Guillem Balague has played such talk down though in his Sky Sports Q&A, insisting that the Spanish giants have other concerns to take care of before they can think about Salah.

“At this moment in time I understand Salah is not on Real Madrid’s radar. They are looking to bring in goalkeeper Kepa and a striker once Bale’s future is decided. Those two situations need to be sorted before we know exactly what Real Madrid are doing.”

While that doesn’t necessarily rule out a move for Salah in the future, it does give Liverpool some respite as it doesn’t suggest that he’s top of the list.

His form this season will have attracted plenty of attention, but with Klopp’s side going well in recent weeks, the German tactician will be desperate to kick on and avoid seeing his best players leave Merseyside.