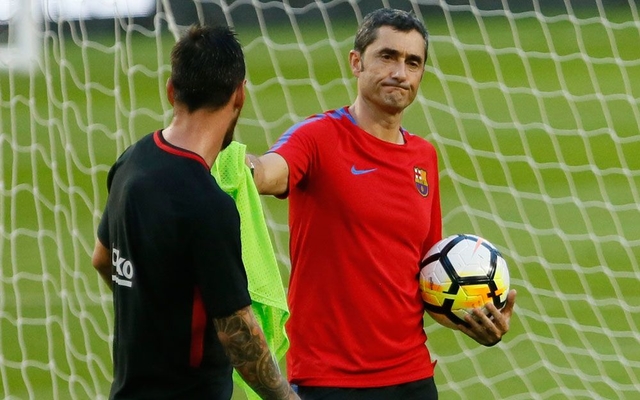 Barcelona boss Ernesto Valverde has made a successful start to life on the bench for the Catalan giants, but potential reinforcements could reportedly cause issues.

It hasn’t been entirely smooth sailing for Barca this season, as evidenced by the fact that they’ve been held to back-to-back draws in La Liga in their last two games.

However, they remain top of the table with a five-point lead, have qualified for the Champions League knockout stage with minimal fuss and appear to be on course for major honours this year.

The injury suffered by Samuel Umtiti will undoubtedly complicate matters and a January signing may be needed to provide cover as Valverde will have to rely on Thomas Vermaelen and Javier Mascherano, the latter of whom wants to leave as per Sport.

According to Diario Gol, as re-reported by The Express, Valverde has a number of targets in mind to bolster his squad, one of which will address his problem at centre-back.

It’s claimed he wants Philippe Coutinho, one of Inigo Martinez, Aymeric Laporte or Matthijs de Ligt to solve that issue in defence, and Antoine Griezmann, which will undoubtedly be an expensive transfer splurge if it all comes together between January and next summer.

However, the problem comes with Griezmann, who is said to have a €100m release clause in his contract with Atletico Madrid, as per the report, with Messi not in favour of the raid for the Frenchman as it would seemingly cast doubt over Luis Suarez’s position in the line-up.

With Messi and Ousmane Dembele also to fit into the team, it would surely be difficult for Valverde to find a way to add Griezmann and Suarez, and so Messi fears that the latter, his close friend, would be the one to suffer.