Man Utd host Man City at Old Trafford in a Premier League title showdown this weekend, as it pits the top two against each other.

The two Manchester giants have 25 wins in 30 games between them, with City scoring 46 and conceding 10, while United have managed 35 goals and have the best defensive record with just nine goals against.

However, the Red Devils are without a key figure in Paul Pogba this weekend as he’s suspended, and so he misses out with other injury doubts also failing to be considered in our XI made of players who are expected to feature.

Unsurprisingly, David de Gea kicks things off for us between the posts as the Spaniard has been in sensational form for a long time, providing a reminder of his quality as recently as last weekend against Arsenal.

Kyle Walker gets the nod at right-back as his energy, defensive quality and attacking threat just trump Antonio Valencia for us, with a centre-half pairing of Phil Jones and Marcos Rojo.

Jones has been passed fit, as per The Mirror, and along with Rojo, who has looked solid after making his comeback from a long-term injury, the pair have been pivotal in United maintaining such an impressive defensive record.

Ashley Young makes it a strong United contingent at the back, as with both sides struggling with left-back problems, the stalwart has done a commendable job filling in.

Into midfield, we’ve gone with David Silva who has been pulling the string in midfield with 10 assists to his name, along with teammate Kevin De Bruyne who has not only been instrumental in City’s overall play, but he has produced exceptional goals and important ones at that throughout the season thus far.

Nemanja Matic breaks up the Man City stranglehold in the middle though, as he’s proven to be a crucial signing so far this season adding a calming influence, although he probably would miss out if Pogba was available.

Our attacking trident is made up of all City players, which could spark a bit of debate with no Romelu Lukaku despite his tally of 13 goals in 23 games so far this season.

The Belgian has continued to struggle in the big games though, and that’s why we’ve selected Sergio Aguero to lead the line instead.

A case could be made for both Anthony Martial and Marcus Rashford, but we’ve gone for Raheem Sterling and Leroy Sane instead who have been in great form.

Sterling has 13 goals and four assists in 20 games as he has taken his game to the next level under Guardiola this season, while Sane has eight goals and eight assists in 21 outings.

In turn, it’s quite a balanced team with either side dominating at either side of the field, but time will tell who comes out on top on Sunday.

Do you agree? What changes would you make? 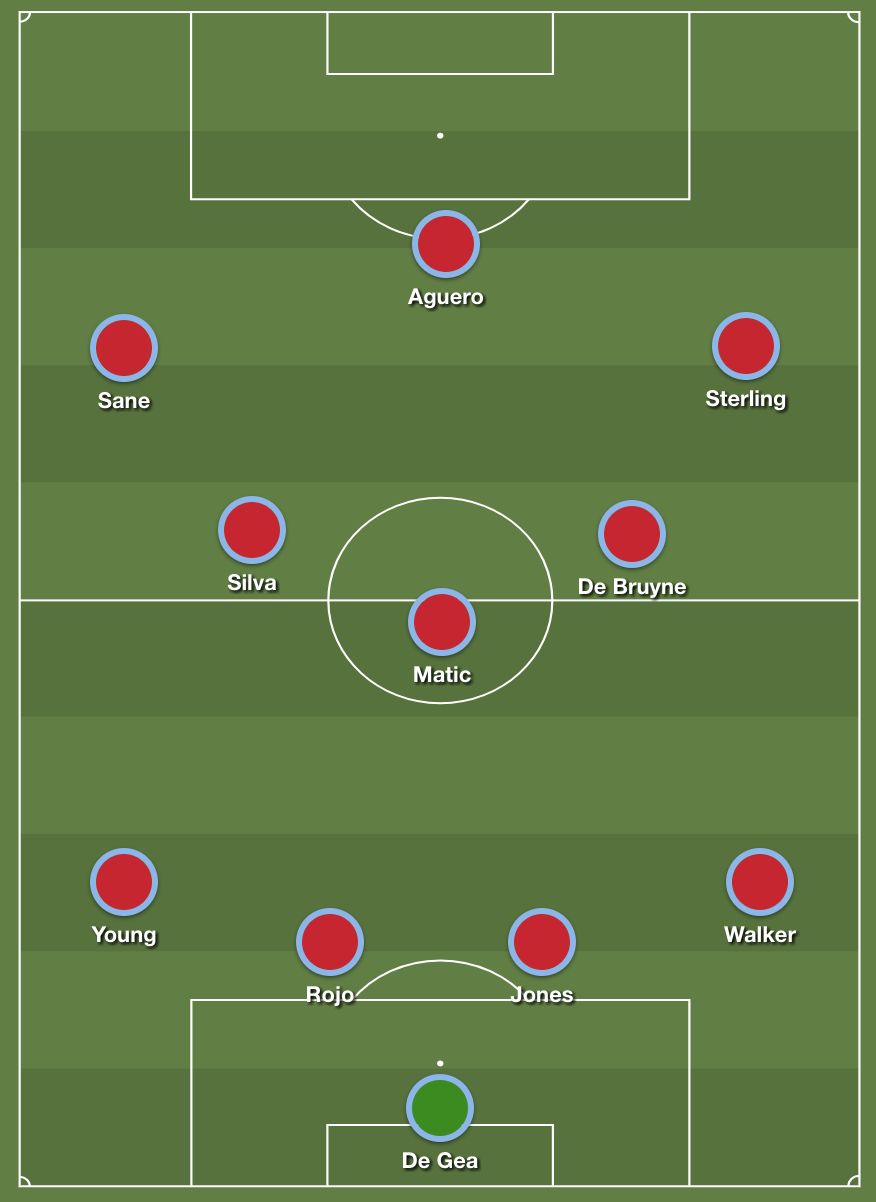