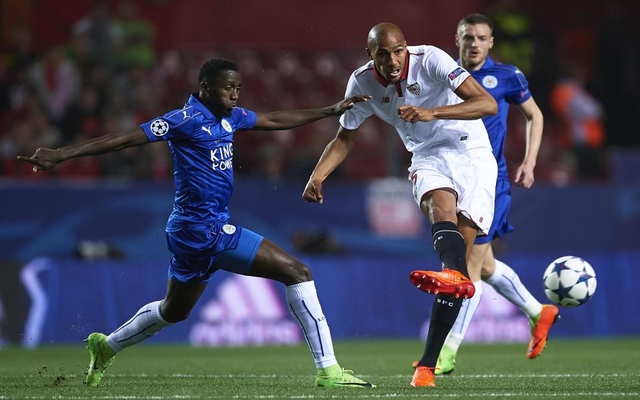 Arsenal have seemingly been handed a transfer boost after reported target Steven N’Zonzi was left out of the Sevilla squad this weekend.

The 28-year-old arguably offers something that the Gunners have been lacking for years in terms of a real physical presence and dynamic midfield player that can boss a game in the middle of the pitch.

While Arsene Wenger has countless options in his current squad, they’re either too limited or don’t compliment others well, but it could be argued that N’Zonzi, who already has plenty of experience in the Premier League, could be an immediate solution to the problem.

In turn, news that the French international has been left out of the Sevilla squad to face Real Madrid this weekend, as seen below, could be a huge indication of where his future is heading, with the Metro noting that he has been linked with a move to Arsenal.

Further, aside from a trip to London this week after a reported falling out with coach Eduardo Berizzo, it’s said Sevilla are willing to accept a bid of around £25m for his services.

That seems to be a pretty decent deal in terms of value for money as he’s now hitting his peak years and would be sensible signing for Wenger.

It would add more competition for places though with the likes of Granit Xhaka, Mohamed Elneny, Francis Coquelin, Aaron Ramsey and others all battling for the same positions. In turn, whether or not Wenger feels it’s a priority is debatable, but we could find out in the January transfer window with N’Zonzi seemingly destined for an exit.