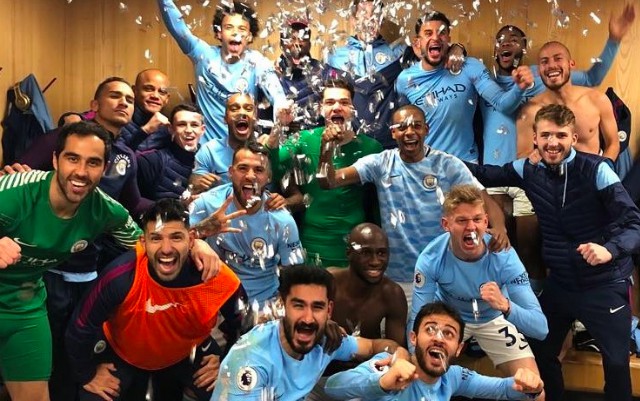 Manchester City look like they know they’ve won the Premier League title with this tweet from Leroy Sane after the victory away to Manchester United.

The Germany international posted a photo of the players in the dressing room afterwards, celebrating with what looks like confetti going off.

It may only be December, but City are now eleven points clear of United after their win at Old Trafford today, and it looks like this lot are pretty confident the job is now done and dusted.

City’s win today also made it 14 in a row in the Premier League, showing they’re going to be pretty hard to stop between now and May.

Still, could this kind of celebration prove premature and extremely embarrassing if they do end up slipping up later in the season?

After all, it could be hard to keep at the kind of level they’ve been at so far, particularly as they’ll now feel they have a pretty safe lead at the top.

United players will surely be looking at celebration snaps like this as motivation to help them claw their rivals back in this title race.