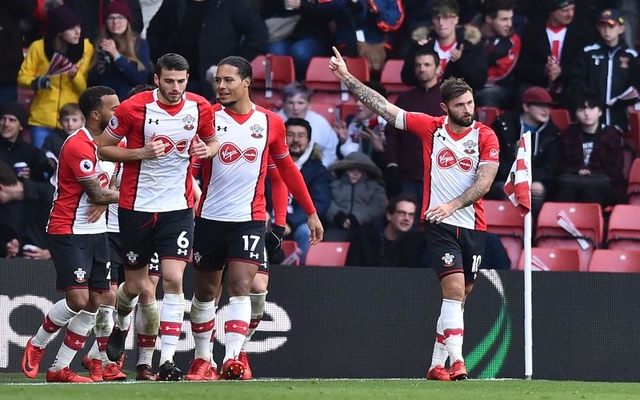 Arsenal were guilty of a slow start in their loss against Man Utd last weekend, and they repeated the trick away at Southampton on Sunday.

Charlie Austin gave the hosts an early lead at St Mary’s, with some poor defending from the Gunners giving them a helping hand.

The main culprit in the build-up to the goal was captain Per Mertesacker, brought back into the team with Shkodran Mustafi ruled out with injury.

It’s fair to say that the veteran didn’t cover himself in glory with his initial blunder and then some really poor defending to allow the Saints to find a way through and break the deadlock.

With Arsenal losing to United last time out in the Premier League, Arsene Wenger’s side can’t afford to drop more points in their bid to finish in the top four. In turn, they’ll need Mertesacker to do much better to keep things tight at the back, but the supporters below are far from impressed with the stalwart and want a change sooner rather than later…

Per Mertesacker should be nowhere near a football pitch. Reminiscent of Arteta’s final season. Sad. #afc

Mertesacker should have retired after the final FA cup performance. He is not even good enough to play for championship teams

Mertesacker looking vulnerable at the back and already caught out a couple of times. #SFCvAFC

Mertesacker is the captain of this football club. We’re finished.

And that’s exactly why Per Mertesacker should never start! Horrible start. #Arsenal

Rob Holding is fit, Calum Chambers is fit. Why are neither starting this game over Mertesacker?

Mertesacker lool. This is PL, not Europa League.

Per Mertesacker is a disgrace I don’t care what anyone tries saying to me ???

Wow Mertesacker my grandma moves faster than you !!!!

Love Mertesacker but he really is finished in the PL & shouldn’t be anywhere near that XI.