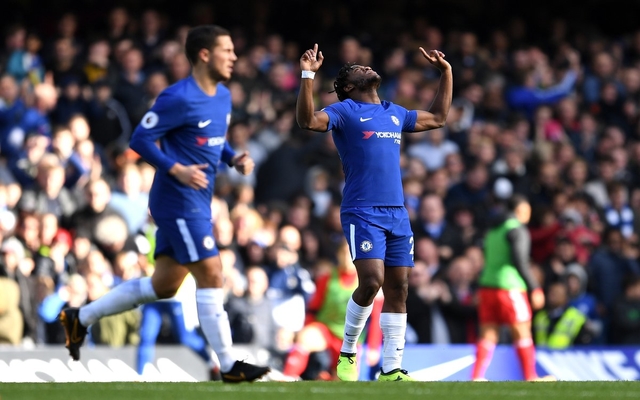 Seven goals in 13 games isn’t a bad record for Chelsea striker Michy Batshuayi this season, but he seemingly hasn’t done enough to secure his place at Stamford Bridge.

On one hand, it could be argued that the Belgian international hasn’t been given enough opportunities or a consistent run in the team to prove his worth.

On the other, he perhaps hasn’t done enough when involved to warrant that level of trust from Antonio Conte, with Alvaro Morata undoubtedly now replacing Diego Costa as first-choice at Chelsea in the main striker role.

According to The Sun, that could now result in the £33m signing from last year being loaned out in the January transfer window to secure regular playing time elsewhere, which could rescue his hopes of being included in the Belgium squad for the World Cup next summer.

However, as far as his long-term aspirations of succeeding at Chelsea are concerned, it doesn’t sound too positive for the 24-year-old, as it’s claimed the Blues will target a replacement for him.

If he is indeed shipped out and another striker comes in and does the job that Conte needs from him, that would be a real negative sign for Batshuayi in terms of returning to Chelsea and staking his claim for regular playing time.

In turn, while it may suit his more immediate objectives in terms of featuring at the World Cup for Belgium, by reportedly seeking a loan move elsewhere in January, he may risk not getting the opportunity to come back and prove his worth again.