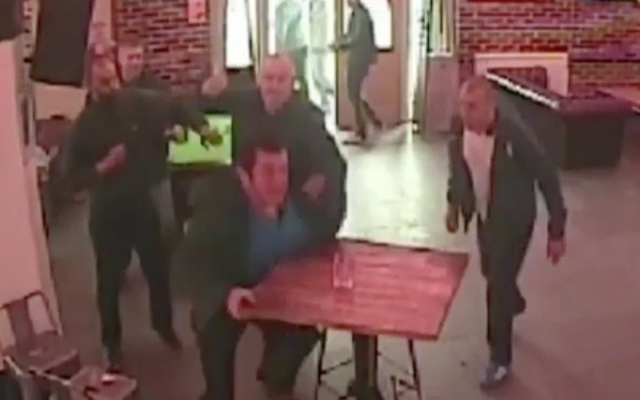 This is the shocking video that has emerged showing Stoke City fans in a violent clash between themselves in a pub after a pre-season friendly.

Staffordshire Police have opted to release the video which shows the two rival groups involved in a mass brawl with pool cues, balls and other objects in the pub used as weapons in the incident at the Locomotive pub in Burton on Trent.

Punches are thrown, stools are launched and then used on one man who got caught behind and seemingly looks to have been viciously kicked before the stool is smashed on top of him.

Fortunately, he looks as though he walks away from the incident, but it’s reported 11 men have been sentenced following the altercation back on July 16, with the police noting that they hope the video ‘sends a message’ that this type of violence will not be tolerated.

It’s reported that it broke out after an argument in the toilet sparked the fight, with suspended jail sentences, fines and bans from home games being dished out in the aftermath of the clash.