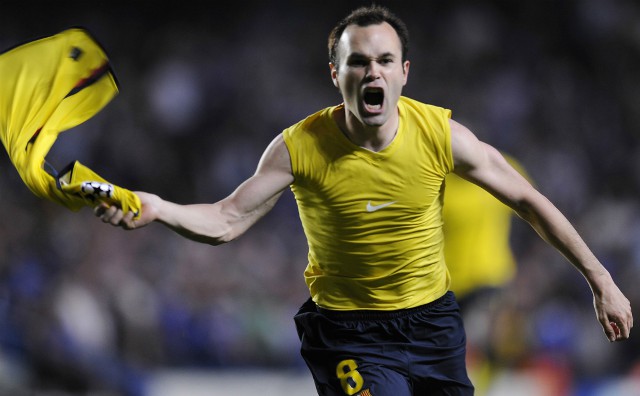 Barcelona have cheekily trolled Chelsea with a tweet following today’s Champions League draw, reminding them of that semi-final game in 2008/09.

Andres Iniesta scored a late away goal at Stamford Bridge that evening, with a 1-1 draw enough to send the Catalan giants into the final of that year’s competition, which they then won by beating Manchester United in the final in Rome.

Still, Pep Guardiola’s treble winners were not without controversy that year and they were arguably very lucky to come away with a result that night against Chelsea.

Michael Essien’s wondergoal had given Chelsea a 1-0 lead in the first half, and they were then aggrieved by some refereeing decisions throughout the rest of the game.

Instead of being able to increase their lead, Chelsea defended their one-goal advantage, having drawn the first leg at the Nou Camp 0-0.

However, Iniesta stepped up very late on with a stunning strike of his own to send Barcelona through and break Chelsea hearts in a memorable encounter.

Didier Drogba notably lost his head at the end of the game, slamming the referee’s performance, as seen in the video clip above.

The two will meet again this season in the last 16 after today’s Champions League draw, and it’s clear Barca were feeling a little mischievous with this tweet at Iniesta about the game from 2009.

We’ve had some great times at Stamford Bridge, haven’t we, @andresiniesta8? pic.twitter.com/R9BZq99HN0