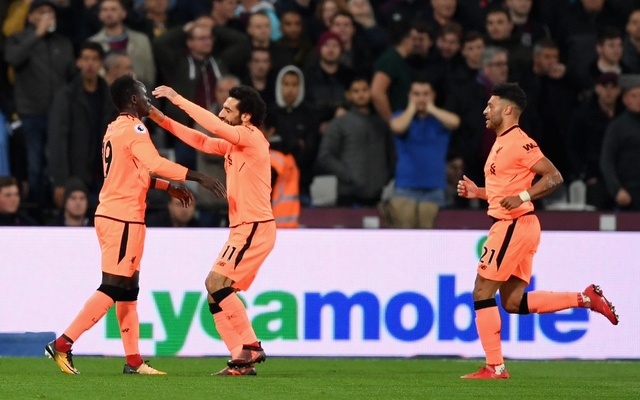 He’s been an absolute revelation for Liverpool so far this season, but reports in Spain claim that Mohamed Salah has become a Real Madrid target.

As per BBC Sport, the 25-year-old arrived in a £34m deal from Roma this past summer, and he’s wasted little time in making himself a popular figure at Anfield.

Salah has scored 19 goals and provided six assists in 24 games in all competitions, showing further improvements after his impressive stints with Fiorentina and Roma while in Italy.

In turn, it’s no real surprise that Real Madrid are keen on swooping for him, as per Don Balon, as re-reported by The Express, as in many ways he’d be perfect for their system and style of play.

With Gareth Bale’s injury woes continuing to hamper him and Cristiano Ronaldo not getting any younger, there are key positions that need consideration for Zinedine Zidane moving forward, with Salah’s pace, movement and finishing qualities all making him a stand-out candidate to fill the void.

Results overall this season haven’t been great as they look under threat to lose both their Spanish crown and Champions League winners status, and so perhaps that will spark the desire to make changes.

In contrast, Liverpool will surely have no interest whatsoever in parting company with their leading figure this season, as Jurgen Klopp’s men have been in sensational form in recent weeks, particularly in front of goal.

After their defeat to Tottenham at the back end of October, they’ve gone on a run of form which has seen them win seven of their last 10 games, scoring 33 goals in that time.

Salah has also linked up brilliantly with the likes of Sadio Mane, Roberto Firmino and Philippe Coutinho, and so the Reds should be desperate to hold on to that attacking quartet as it seems as though they can go a long way with them leading their charge.

However, would a move to the Bernabeu appeal to Salah? Perhaps it would, but the Egyptian international is enjoying himself on Merseyside right now, and he’d surely be crazy to leave that behind so quickly as he remains a fundamental piece in Klopp’s plans moving forward.