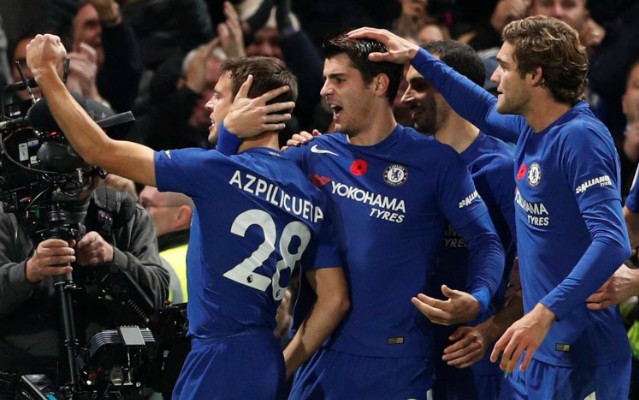 Chelsea striker Alvaro Morata has been ruled out of his side’s encounter with Huddersfield on Tuesday night, which will be a setback for Antonio Conte.

With the Italian tactician desperate to see a reaction from his team after their disappointing defeat to West Ham United at the weekend, the last thing he would have wanted would be for his top goalscorer to be sidelined.

Unfortunately for him, that’s exactly what he’s got on his hands as Morata has been ruled out due a back injury as well as general fatigue, as per Sky Sports, with Conte now forced to switch things up front.

“Morata is out. He is a bit tired and he has a problem in his back,” the Chelsea boss told the media.

However, it wouldn’t be a Conte comment on injuries without another moan about the lack of squad depth and the fixture schedule with the games coming thick and fast at this time of the year.

It isn’t the first time and likely won’t be the last that he hits out over it in a not-to-subtle dig at the club hierarchy, as he again bemoaned his lack of options.

Conte does have options as he can either bring in Michy Batshuayi to start up front as the main striker in place of Morata, or he could move Eden Hazard into a central role and add further attacking quality on the flank in his place.

It remains to be seen what he opts to go with, but with Morata sidelined after scoring 10 goals in 22 games so far this season, his absence will certainly be felt while his injury record may be coming somewhat of a concern now after being sidelined by a hamstring problem earlier this season too.