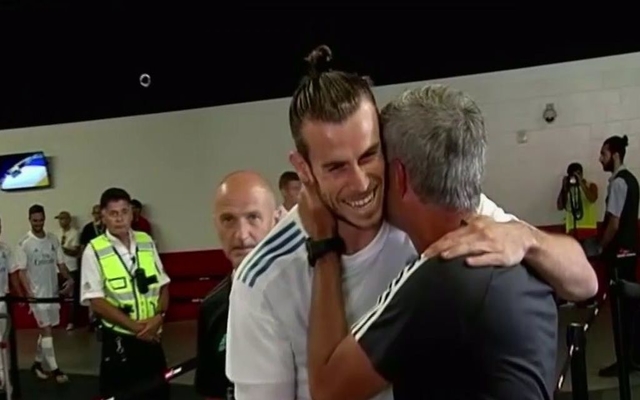 If Man Utd are going to land reported target and Real Madrid star Gareth Bale, it’s suggested that they’ll have to splash out £80m on him.

The 28-year-old has a trophy haul that would make any player envious, winning a La Liga title, three Champions League trophies, three UEFA Super Cups and the FIFA Club World Cup amongst others in the past four and a bit years.

However, things haven’t been going well for him in more recent times as injuries continue to hamper him as he has steadily seen the number of appearances that he makes decrease year-on-year.

From 48 outings in the 2014/15 campaign to 31 a year later to just 27 in all competitions last season, he’s been limited to just 10 so far this year too as he continues to suffer with setbacks.

With that in mind, it makes Madrid’s reported demands shocking, as Diario Gol, as re-reported by The Express, claim that the Spanish giants want £80m for the Welsh international.

That’s just £5m less than what they signed him for in 2013, as per BBC Sport, and so from Madrid’s perspective it makes plenty of sense as they ultimately want to recoup what they initially spent for the star man.

It sounds as though patience is wearing thin with Bale as he can’t avoid injuries and it’s undoubtedly hurting Madrid as they need him fit and having a major impact on the team to lessen the burden on his teammates.

However, with Tottenham also noted in the report as potentially being interested in re-signing Bale, it does raise question marks as to whether an £80m deal would be a sensible one. With his injuries in mind, that is arguably a huge gamble to take, and it could turn out to be a very expensive mistake if he can’t shake them off and stay fit in the peak years of his career.