Man Utd youngster Angel Gomes got himself into some serious bother this week, as he was caught liking a post which suggested that ‘Manchester is blue’.

It came after Man City’s win in the Manchester derby at the weekend, a result that opened up an 11-point gap between the two rivals in the Premier League title race.

In truth, it could be argued that the title race is over as that’s a pretty sizeable deficit even with such a long way to go in the campaign, but Gomes has done himself no favours with this decision.

As seen in the image below, he was caught liking an Instagram post with an image of the City players celebrating at Old Trafford, with the caption reading: ‘Manchester is blue’, from City youth product Brahim Diaz.

That’s not what you want to see from one of your own players in the youth academy, and unsurprisingly the reaction wasn’t kind to the 17-year-old, who made his first-team debut last season but has been restricted to the youth team so far this year.

In an attempt to quell any anger that he stoked up with his misjudgement, which still needs explaining as it’s a really questionable thing to do, he’s posted the second image below on Instagram stories to show where his loyalties lie.

Whether that’s enough to repair the damage done remains to be seen, but it’s likely to be forgotten sooner rather than later. Although, with the wait continuing to see him ink a senior contract with the Red Devils and The Sun reporting on links to Barcelona, time will tell if he has a future at Old Trafford either way… 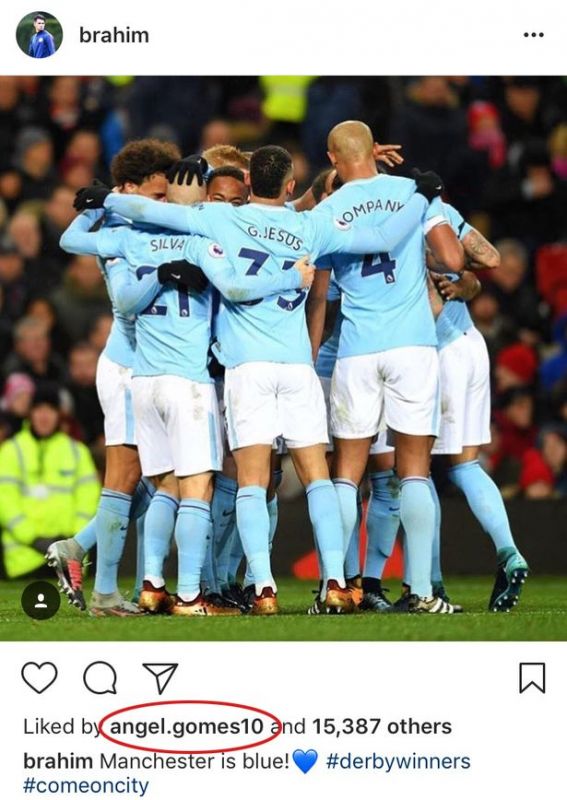 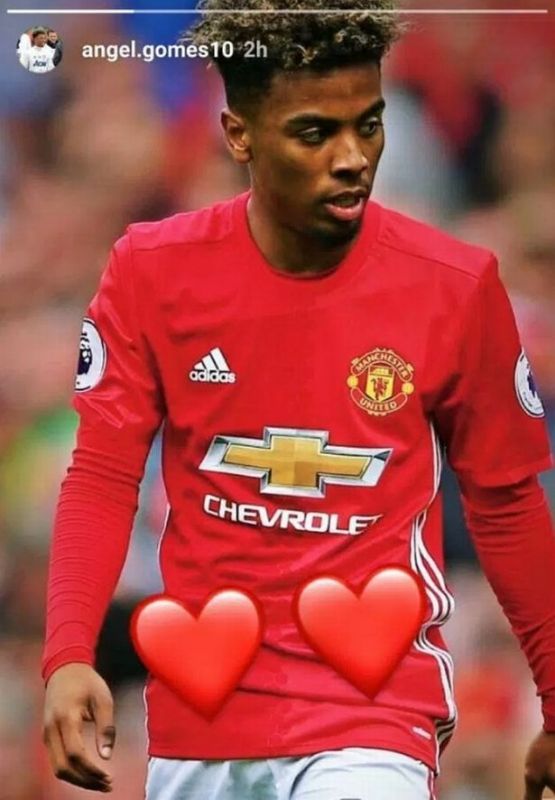 FUCK THAT LITTKE SHIT ANGEL GOMES OUT OF THE CLUB.
PRICK

Think someone should have a word with young Angel Gomes, he’s doing himself no favours, remember Zaki Fryers Ravel Morrison and Pogba returned