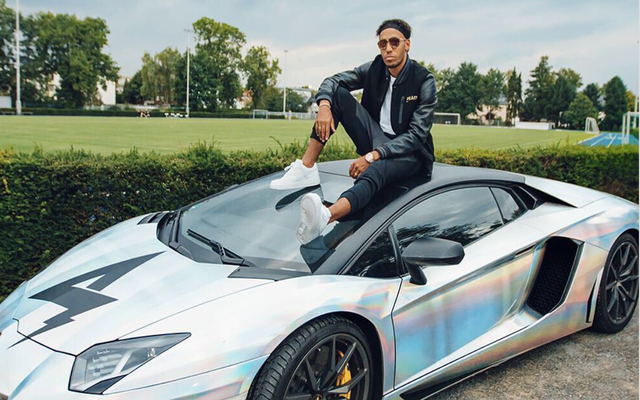 Borussia Dortmund striker Pierre-Emerick Aubameyang is reportedly set to put his Lamborghini up for sale at a whopping £250,000.

The Gabon international’s Lamborghini Aventador LP 700-4 is now on the market according to reports, with just 36,000 miles on the clock and it comes with a personalised logo and metallic finish.

It’s not yet clear why Aubameyang has decided to sell the flashy motor, but transfer speculation does continue to link him with a move elsewhere in the January transfer window or next summer.

With Peter Bosz being sacked though, it remains to be seen whether or not that gives him a fresh lease of life at the Bundesliga giants, or pushes him closer to the exit door.

Given his goalscoring record in recent seasons, which includes 20 in 22 appearances so far this season, it’s no surprise that he would attract plenty of attention if on the market.

However, it appears as though he’ll be offloading his £250,000 Lamborghini before making a move anywhere, although he is known to be a big fan of supercars and has a string of others to keep him company.