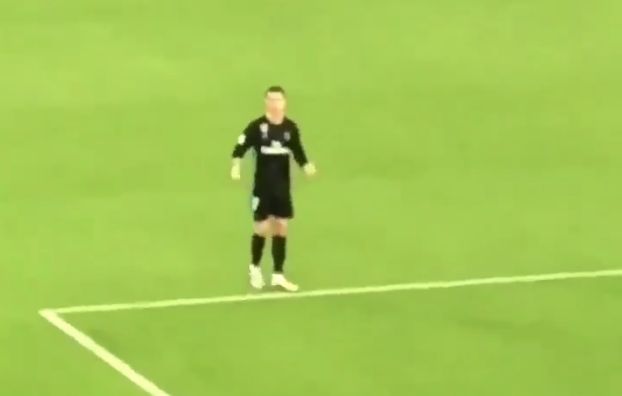 Goals from Cristiano Ronaldo and Gareth Bale secured a 2-1 win for Real Madrid against Al Jazira in their FIFA Club World Cup semi-final clash on Wednesday.

Los Blancos are over in the UAE attempting to add another major trophy to their cabinet and have now progressed to the final after their win.

It wasn’t easy though as Romarinho gave his side the lead before Madrid peppered the Al Jazira goal with no success, until Ronaldo found a breakthrough in the second half before Bale added a second with his first touch of the game after coming off the bench.

Zinedine Zidane’s side will now face Gremio in the final on Saturday, as they look to secure their third success in this competition since 2014.

Ronaldo will be as crucial as ever in the showpiece finale, but he had to deal with some taunts from the crowd on Wednesday as the Al Jazira faithful tried something very inventive.

As seen in the video below, the Portuguese superstar faced chants of ‘Messi’ from the crowd, obviously referring back to his rival from Barcelona.

It feels like we should be past this kind of stuff now but nevertheless, it doesn’t seem to be getting old for these supporters…