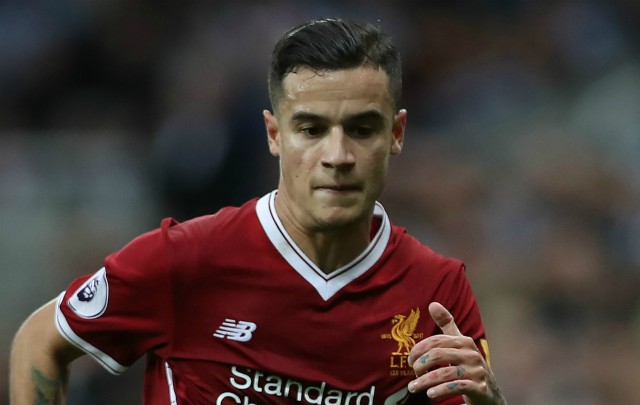 Liverpool star Philippe Coutinho is reportedly planning talks with the club over lowering their demands for him so he can join Barcelona in the January transfer window.

The Brazil international is concerned that the Catalan giants may find an alternative signing in that area of the pitch if they cannot persuade the Reds to sell, according to Don Balon.

Coutinho is now said to be planning a fresh round of talks with Liverpool to see if they can budge on their £132million asking price, with Don Balon suggesting Barcelona won’t pay that.

Mesut Ozil has recently been linked as one possible alternative, with Sport claiming this week that the Arsenal playmaker has held talks over a move to the Nou Camp.

The Germany international is out of contract at the Emirates Stadium at the end of the season, so could be far cheaper or even arrive on a free next summer.

Don Balon claim Coutinho is desperate to play for Barcelona and will push for Liverpool to let him go for a lower price.

It’s easy to see why 25-year-old may feel now is the best time for him to move on, as he will want to be winning major honours as he enters his peak years over the next few seasons.

Coutinho seems unlikely to win major honours at Liverpool after their recent struggles, while Barcelona have been hugely successful for the last decade or more.

Barca’s style of play also seems ideal for an attacker like Coutinho, whose skill and intelligence have made him one of the most entertaining players in the Premier League to watch since he joined back in 2013.