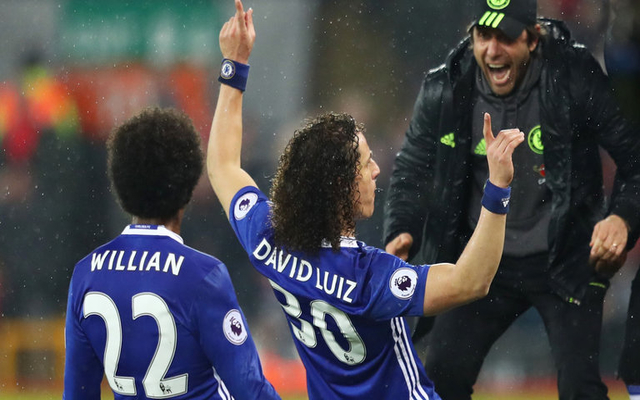 Given the circumstances around the time he was dropped from the team, it’s easy to assume why Chelsea defender David Luiz isn’t involved right now.

As noted by The Sun, the Brazilian ace was dropped for the Man Utd game last month after a reported build up of tension between him and Antonio Conte following their defeat to Roma in the Champions League.

Simultaneously, it’s been claimed that Luiz is in fact missing with a knee problem, which has restricted him to making just one appearance since the end of October.

While there is no reason to doubt Conte’s word as he has been honest and forthcoming with almost every matter since being appointed by Chelsea, it seems as though the level of questioning over Luiz has irritated him to the point where he’s open to taking drastic action to prove that his defensive ace does indeed have an injury problem.

“I’m disappointed about this, but I can understand it,” Conte said, as per Sky Sports. “I will try to solve the situation. I think we can call the doctor and organise a (media) conference with the doctor for him to explain the medical situation.”

It remains to be seen how long the injury keeps Luiz out for, but while there may still be uncertainty surrounding that problem, there could be a bigger issue ahead for him in terms of displacing Andreas Christensen in the side when he is ready to make his comeback.

The Danish defender has stepped in and impressed in recent weeks, and given he’s younger, can arguably offer a similar level of quality in terms of what Luiz does in building play while offering defensive solidity, Conte may well have found a future cornerstone on whom he can rely on moving forward.