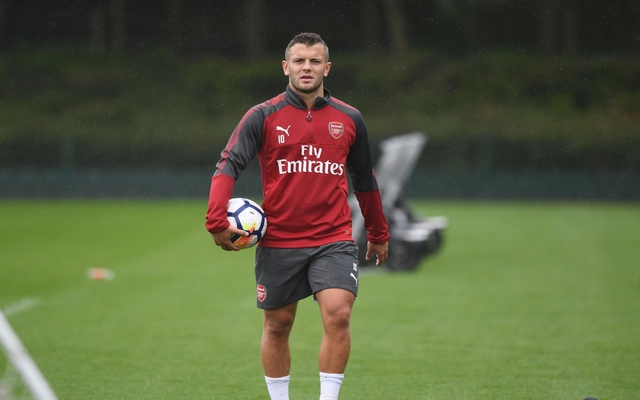 With his contract winding down, Arsenal midfielder Jack Wilshere may well have a big decision to make over his future at the end of the season.

The 25-year-old has been hampered by injuries for the majority of his career, and ultimately that has been a major factor in holding him back from being a pivotal figure for the Gunners having come through the youth ranks and been a popular figure with supporters.

After finding his feet in a loan spell at Bournemouth last season, he has returned to Arsenal this year and impressed in the Europa League, playing regularly and proving his class.

Making a breakthrough in the Premier League has been a little more tricky, getting his first start of the campaign in the goalless draw with West Ham United in midweek, but it seems as though he hasn’t quite convinced Arsene Wenger that he can feature week in and week out just yet.

Nevertheless, he’s making a strong argument that he at least deserves a new contract, and it seems slightly ridiculous that Arsenal have left themselves in a position where they could lose him for nothing in a few months time, similarly to both Alexis Sanchez and Mesut Ozil.

In turn, Charlie Nicholas and Andy Townsend have been discussing the matter on Sky Sports, and both have made a case as to why Wilshere should consider leaving Arsenal next year, either in January or the summer with Arsenal at risk of losing him for nothing if it’s the latter.

“I want him to stay at Arsenal but if I’m Jack then I would say ‘I should run this contract down’ because he’s got a big decision to make. Whether it’s January or May then so be it,” Nicholas told Sky Sports.

His thoughts were echoed by Townsend, although his focus was more so on Wilshere getting to play in his preferred position on a regular basis.

Competition for places is fierce at Arsenal, as it should be for a club competing on various fronts, but if the England international can’t secure the faith of Wenger in north London, there’s surely plenty of other clubs willing to give him a prominent role elsewhere.

“If he asks Arsene Wenger and he says ‘are you going to look me in the eye gaffer and tell me I’m going to play there for you’. If Wilshere hears the same old waffle then he should play somewhere else and on a regular basis,” Townsend noted.