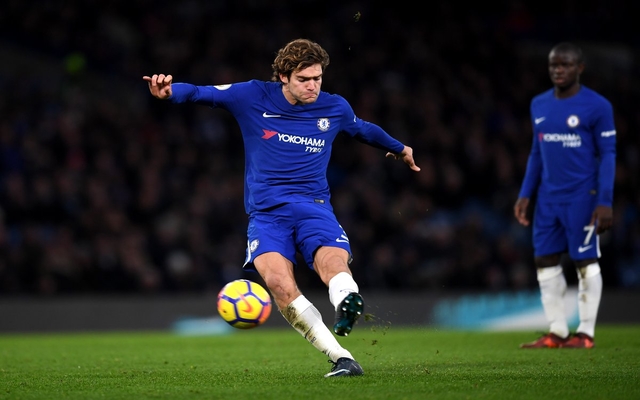 Just when Chelsea looked like they faced a frustrating opening 45 minutes against Southampton on Saturday, up stepped Marcos Alonso.

The Spaniard has been the subject of fierce criticism from some supporters in recent weeks, but despite that, he has remained an integral figure in Antonio Conte’s plans.

Rarely does he not feature in his starting line-up, and it was the same again this weekend as he started against the Saints with Chelsea looking to build on their impressive midweek win over Huddersfield.

There wasn’t much for the Stamford Bridge faithful to cheer about in the first half, but Alonso changed all that with his brilliant free-kick that he managed to whip round the ball and into the bottom of the corner.

That was the 26-year-old’s fourth goal of the season, coming in 24 games, and while question marks can rightly be raised about his defending at times, he continues to be a fundamental player on the left flank, offering width, decent delivery and evidently a great left foot when it comes to free-kicks.

Remember when everyone was slating him because he made a mistake 2 weeks ago?

This is why you don’t just judge people on simple mistakes. Quality goal ??

WHERE THE HATERS AT

Alonso on that freekick … pic.twitter.com/QGFIIt174k