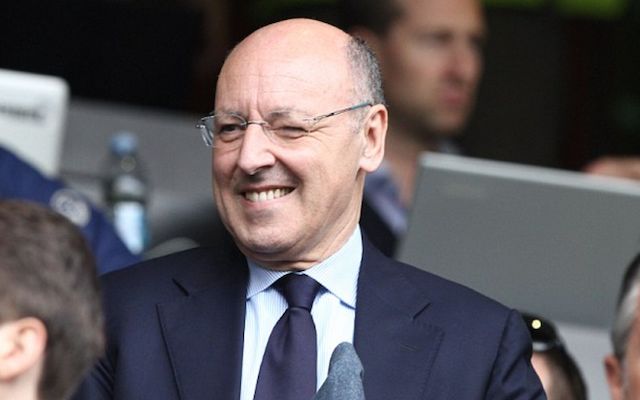 Juventus’ CEO Giuseppe Marotta has warned Liverpool over the future of Emre Can as he eyes a free deal for the midfielder next month.

A report from the respected Italian sports outlet CalcioMercato has reported comments made by Marotta this weekend.

The report quotes Marotta as stating, “Emre Can is a player we have been watching, he will be free to sign a pre-contract agreement for next month and many big clubs will try to sign him, we are aware of it.”

The comments came this afternoon just before Juventus’ clash with Serie A side Bologna.

Emre Can’s future has been cast into doubt in recent months following the star’s reluctance to sign a contract extension on his current deal which is due to expire next summer.

The consequences from this means that the German could sign a pre-contractual agreement with any club in January and then join said club come next summer leaving Anfield for absolutely nothing.

Since arriving in 2014 from Bayer Leverkusen the German star has developed into one of the most effective defensive midfielders in the Premier League. The star has clearly become a staple in the heart of Liverpool’s midfield after featuring in a colossal 32 games in the league for Liverpool last season missing just 6.

While predominately being deployed as a defensive midfielder the German was also able to register five goals in the league.

With questions continually being cast over Jordan Henderson and Alex Oxlade-Chamberlain’s quality in the Liverpool midfield it really cold be a devastating loss if Can was to walk away from Anfield for free.

READ ALSO:
Attacking Arsenal star will be the perfect signing at Everton claims Wayne Rooney, striker urged to leave the Emirates
Man City keeping tabs on 24-year-old German ace, club could rival Chelsea and Man United for star
Surprising Man City star could be offered new deal by club should he follow this one stipulation

Video: Emre Can sent off for pushing Neymar to the floor during PSG vs Dortmund Mar 11 2020, 22:02
Borussia Dortmund

“I did not think about it for a second” – Star explains brutally snubbing Manchester United transfer offer Mar 9 2020, 10:03
Liverpool FC