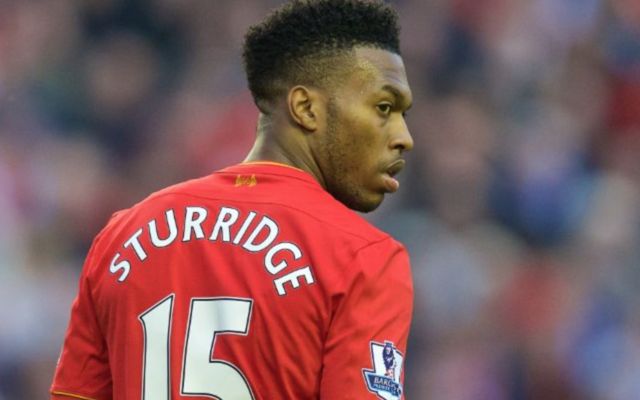 As he continues to struggle for regular football at Liverpool, Daniel Sturridge has been linked with a January loan exit from Anfield.

The 28-year-old has been limited to just 14 appearances in all competitions, scoring three goals and providing three assists during his time on the pitch.

Looking more closely at the statistics though, it shows that he hasn’t started a Champions League game this season, while he’s featured in just one of the last seven Premier League games.

That’s largely down to the form of the Liverpool attacking quartet of Mohamed Salah, Philippe Coutinho, Roberto Firmino and Sadio Mane, who have been difficult to drop and so Sturridge has found himself on the fringes while he continues to battle his own injury and fitness problems.

According to The Sun, the England international has now been informed that he can leave the Merseyside giants in January on a loan deal, with the suggestion that he’ll do so with a view of securing a place in Gareth Southgate’s squad for the World Cup in Russia next summer.

That’s surely a bit of a stretch as competition for places is now fierce and Sturridge will certainly have his work cut out for him to show that he can remain fit and score goals regularly if given an opportunity over just six months as there’s seemingly more reliable and better options available.

Meanwhile, it’s suggested that he could move abroad which would be a refreshing change to see another Englishman try his luck in Europe, while the exit would work for Liverpool as they want any interested party to take his £125,000-a-week wages off their hands between January and the end of the season.

That could be problematic as it depends on the club interested and whether or not they have the resources to cover such a salary, but the intention for all parties is seemingly to seal an exit next month and continue to move in different directions.