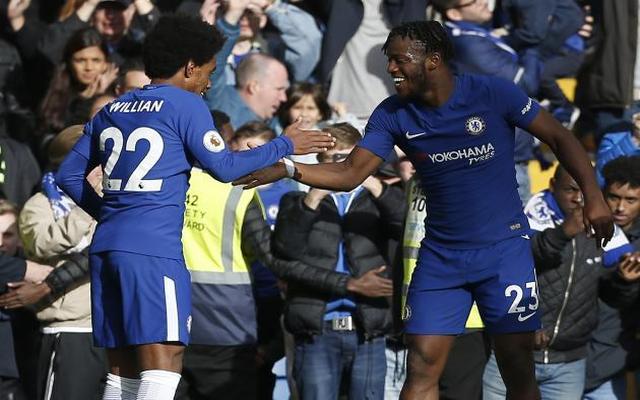 Out-of-favour Chelsea forward Michy Batshuayi is eager to secure a loan move away from the Blues in order to try and get himself into Belgium’s squad for next year’s World Cup.

This is according to the Evening Standard, who state that the Belgian international wants to leave the club on loan in the January transfer window due to the player being wary of him possibly losing his place in Belgium’s World Cup squad.

Since his arrival in London from the south of France in the summer of 2016, Batshuayi has struggled to cement himself a first team place with Antonio Conte’s side.

The forward has been able to make 43 appearances for the Blues, scoring 16 and assisting three in that time frame.

So far this campaign, Batshuayi has only made eight appearances out of a possible 18 in the league, with the player only scoring two goals in that period.

Last season, the striker’s record wasn’t much better, as the 24-year-old only managed five league goals in 20 league games, although one of these came in the Blues’ title winning 1-0 victory over West Brom.

Should Batshuayi end up securing a loan move away, it’ll be interesting to see if the player can find his form again and retain his place in Belgium’s World Cup squad for next summer.