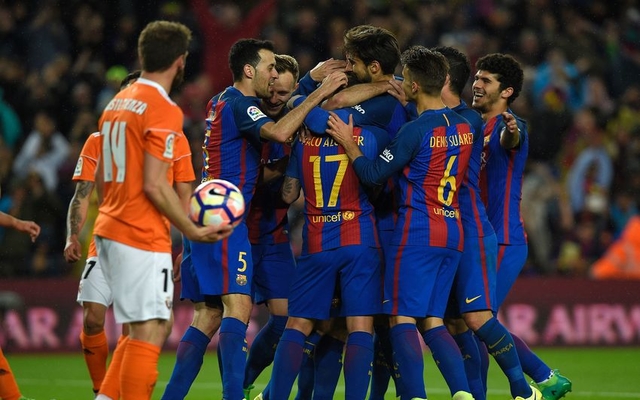 Reports claim that Barcelona stalwart Javier Mascherano has sealed an exit from the Nou Camp in favour of moving to China to join Hebei Fortune.

As per the tweet below from Fernando Czyz of La Nacion news outlet in Argentina, an agreement has been reached with the Catalan giants to allow him to leave for the Far East.

If confirmed, it will end a seven-year stint at the Nou Camp for the 33-year-old, where he has made 332 appearances for Barca while collecting quite the trophy haul with four La Liga titles and two Champions League trophies to go with two FIFA Club World Cup successes amongst many others.

In turn, he has established himself as a highly important figure at the club, showing his versatility to adapt to a central defensive role to fill a gap that will most certainly need addressing in the upcoming transfer window next month.

With Samuel Umtiti currently sidelined with injury, that leaves coach Ernesto Valverde with Gerard Pique and Thomas Vermaelen with a worrying lack of depth beyond that, and so if Barcelona harbour ambitions of challenging on multiple fronts this season and beyond, they’ll have to make a signing in January.

Naturally, they’ll want to find a long-term replacement, and so perhaps that may come in the summer when they have more time to assess their options. However, whether it’s a short-term stop gap solution or a wily veteran to help fill the hole, they’ll surely need one signing next month too.