Man Utd forward Romelu Lukaku has had a problematic month or so, from a worrying goal drought to not celebrating his recent goals, he’s not been happy.

A look at his tally overall this season of 15 goals in 26 appearances is a pretty respectable one, although he’s failed to deliver in big games against direct rivals and has faced his fair share of criticism.

In turn, there has been chatter that the 24-year-old isn’t particularly content right now, but as per The Mirror, he’s opted to give his £250,000 Rolls Royce a makeover.

Its previous black and white look simply wasn’t doing it for Lukaku, and so instead he’s given it a spray and now it has a prominent Man Utd theme to it.

Mourinho explained at the weekend that Lukaku didn’t celebrate perhaps due to a bit of maturity and fondness for former club West Bromwich Albion, and so couple that with the new look he’s given his motor, it’s probably safe to say that all is well at Old Trafford.

While it will likely take something special to stop rivals Man City from winning the Premier League title this season, Lukaku will hope to continue to fire United on to secure their place in the Champions League next season, as well as trying to win silverware in the cup competitions too.

For now though, he’s going to drive into Carrington with this beauty every day, and United fans are surely going to love his show of commitment and attachment to his current club… 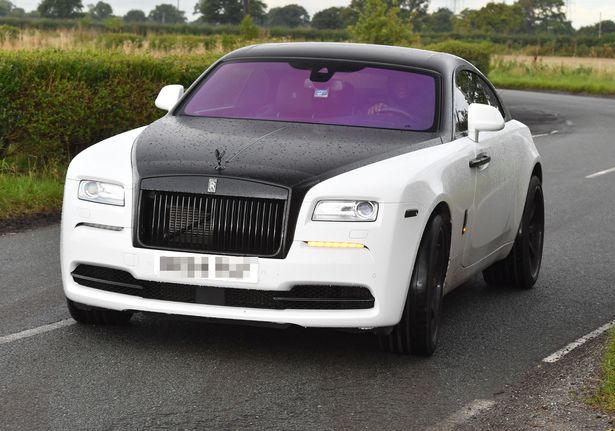 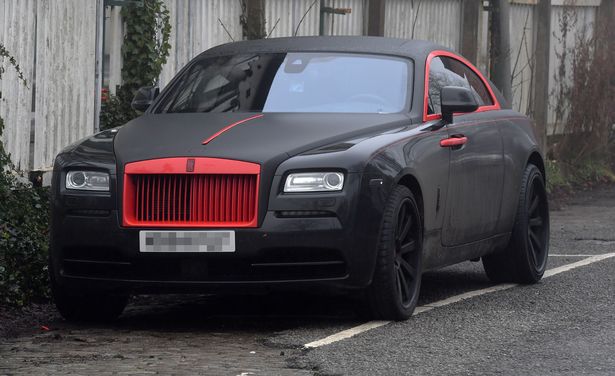 Exclusive Fabrizio Romano column: Real Madrid’s plans after Mbappe snub, Arsenal sale to fund new Saka deal, and more
May 23 2022, 8:02
Liverpool FC
Chelsea identify transfer priority this summer as damning stat reveals the extent of the problem
May 22 2022, 8:04
Chelsea FC
Chelsea could interfere with Barcelona’s move for superstar who have been working on a deal since February
May 16 2022, 15:42
Chelsea FC
Opinion: Chelsea’s new owners must pounce as ideal transfer target becomes available for bargain €60m
May 16 2022, 14:30
Chelsea FC
Why has such a promising season gone so wrong for Chelsea?
May 15 2022, 10:20
Liverpool FC
Romelu Lukaku hits back at his own agent following comments made about Chelsea and future
May 13 2022, 17:10
Chelsea FC
(Video) Romelu Lukaku scores Chelsea’s third vs. Leeds United
May 11 2022, 21:23
Chelsea FC
Chelsea star plans crunch talks with Tuchel but is tipped to struggle to “heal” wounds at Stamford Bridge
May 9 2022, 12:16
Chelsea FC
Premier League team of the week: Improved Arsenal and Chelsea stars make BBC XI
May 9 2022, 7:08
Tottenham FC
Exclusive Fabrizio Romano column: Pogba open to Man City transfer, Lukaku planning talks over Chelsea future, and Arsenal’s midfield targets
May 9 2022, 7:00
Chelsea FC