Former Arsenal midfielder Tomas Rosicky announced his retirement today and it’s been suggested that former team-mate Danny Welbeck may have hinted at it last night.

According to the Metro, the England international seemed to pay tribute to the former Czech Republic international with his ‘heavy metal’ goal celebration in the Carabao Cup win over West Ham.

This was Rosicky’s trademark during his playing days, and it’s not clear if Welbeck already knew about today’s announcement beforehand and hinted at it with this supposed tribute. 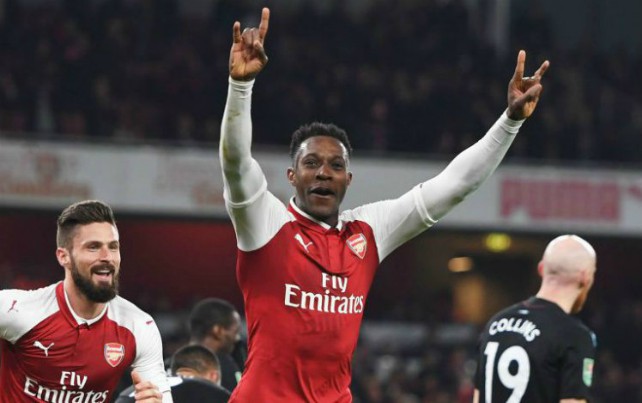 It could, of course, just be coincidence and something that came to Welbeck in the moment, but a number of Arsenal fans are now wondering if it was a little nod to an Emirates Stadium cult hero as he decided to step down from playing.

So,I have a question…Did Welbeck know about Rosicky’s retirement and therefore he did this celebration or not? https://t.co/HWQfZZiFKZ