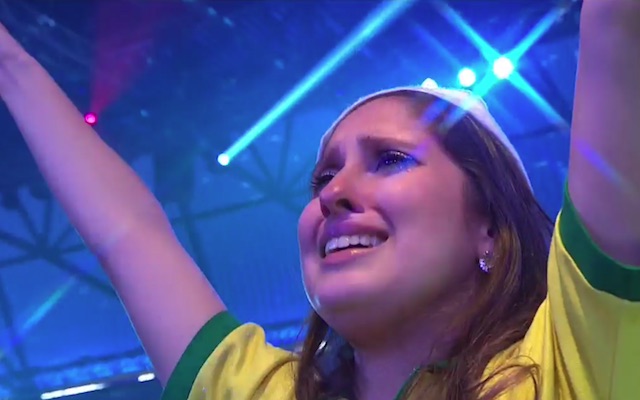 Brazilian darts ace Diogo Portela made his PDC World Championship debut on Thursday night as he took to the stage to play Peter Wright.

It was a big moment for Portela, but he coped with the occasion much cooler than one member of his army of fans, who fell to pieces in the crowd before he had even thrown a single dart at the Alexandra Palace.

Understandably, the Sky Sports cameramen couldn’t keep their lenses off her.

We are not yet 100% sure what her name is or her link to Portela, but she clearly loves him and the darts more than most. 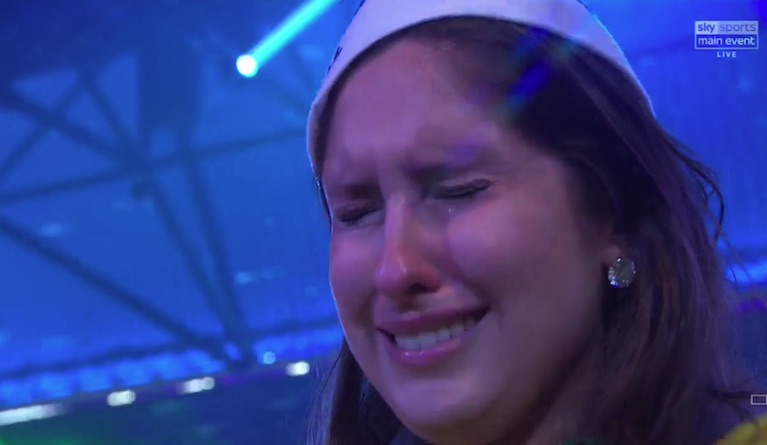 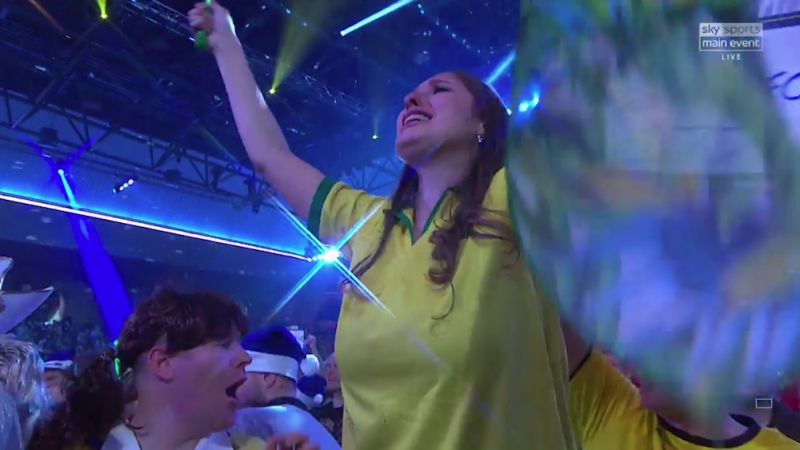 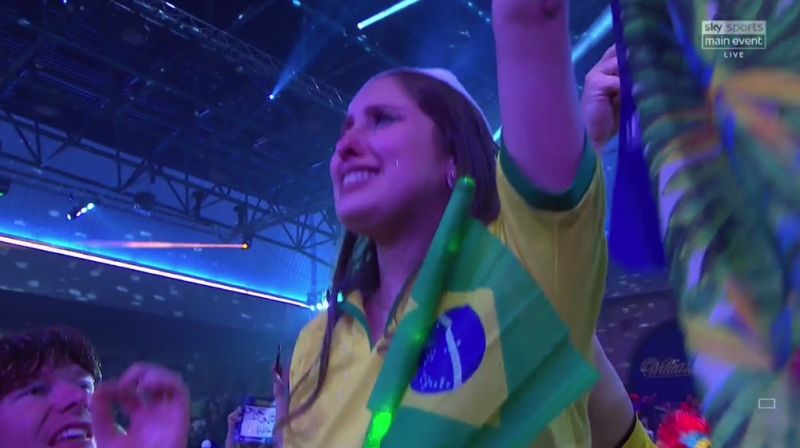 She burst into tears before Portela’s match with Peter Wright

For the record, the blubbering babe is not Diogo’s girlfriend as his wife, Ariana (pictured below), was also part of his Ally Pally entourage.

Wright beat Portela 3-1, finishing the match by taking out 45 on double 16.

SNAKEBITE THROUGH | The number 2 seed, Peter Wright, knocks out the boy from Brazil #WHdarts #LoveTheDarts pic.twitter.com/r3NSOKyDgT