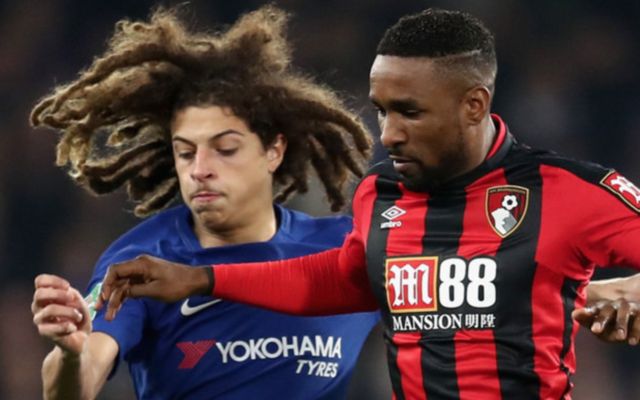 Chelsea beat Bournemouth 2-1 at Stamford Bridge in the quarter finals of the Carabao Cup this evening as the Blues were drawn with bitter rivals Arsenal in the semi-finals.

The home side opened the scoring in the 13th minute, after a ball across the box from Cesc Fabregas found Brazilian Willian, who tapped the ball home to put his side 1-0 to the good.

The Cherries drew level through midfielder Dan Gosling, after the Englishman curled the ball past Will Caballero to give his side an equaliser.

The Blues then went ahead just seconds later, as a fantastic back-heel from Eden Hazard allowed Morata through on goal, with the former Real Madrid ace slotting the ball home to give his side the lead right at the death.

Following the result, the Blues were drawn against rivals Arsenal in the semi-finals of the League Cup, a tough affair for Antonio Conte’s side.

Ethan Ampadu has been Chelsea's best player by a decent margin so far tonight. What a talent he looks

Ampadu really was quality tonight, recovered after a stupid booking in first minute to give a performance which defied his years.

Impressed with Ampadu again, what a player. Kenedy has also done well tonight.

Ampadu is a talent. Conte here is your boy, groom him well

Best player on that pitch today was Ampadu. Proper Brexit tackle in the first couple minutes of the game ended Defoe’s night. Set the tone for a fiery evening . Weirdly enjoyed it . He has a great future ahead of him man

Bar one overexcited tackle at the start, Ampadu didn't put a front wrong