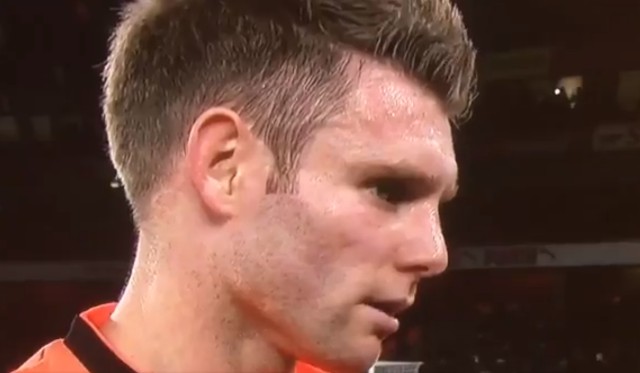 Liverpool midfielder James Milner said the most James Milner thing imaginable after his side’s 3-3 draw with Arsenal at the Emirates Stadium this evening.

The 31-year-old is known for having a bit of a bland personality and even has a Twitter parody account dedicated to just how ‘boring’ he seems to come across.

Living up to his image, Milner gave his analysis of tonight’s game and called on Liverpool to be more ‘boring’ after losing what looked a comfortable 2-0 lead.

James Milner with the quote of the night… pic.twitter.com/UQ1YTs0lcq

Three goals in four minutes saw Arsenal go in front before Liverpool found another goal to equalise through Roberto Firmino, but Milner wasn’t happy with the result.

In fairness, while many will mock his quotes, he speaks a lot of sense about this Liverpool side under Jurgen Klopp, who are great entertainers but who still look a long way off winning anything due to their defensive lapses and habit of throwing away leads.

Liverpool may be great to watch for the neutrals, but many fans would dearly love to see them grind out a few more ugly wins as well.

I said to Philippe Coutinho We need to become more boring if we want to win those games. He said What? I said Boring. He said Pardon? I said BORING.