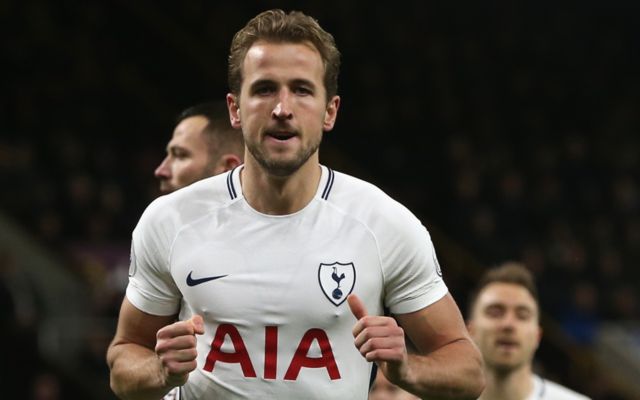 Spurs had Harry Kane to thank tonight, as the England ace bagged a hat-trick to help his side beat Burnley 3-0 at Turf Moor.

Kane opened the scoring in the first half, as the England international buried a penalty past Tom Pope to put the away side one goal to the good.

Kane then bagged his second of the evening, as the striker was put through by Moussa Sissoko before placing the ball into the net to double his side’s advantage.

The 24-year-old then scored his and Spurs’ third of the match, after the forward strode into the Burnley penalty area before hammering the ball home with his left to secure all three points for Pochettino’s side.

Kane’s third goal was his 53rd of 2017, meaning that he is just two goals off of ending the year as Europe’s top goalscorer, with the win now seeing his side leapfrog rivals Arsenal into fifth place in the Premier League.

Who else is it going to be?

Kane was the key difference between the two sides today, as the lethal forward scored his seventh hat-trick of 2017 to give his team all three points against Sean Dyche’s side.

Kane showed what he was all about today, as his instinctive movement and lethal finishing saw his side beat a tough Burnley team on their own turf.

This tweets sums up the forward’s display not just this evening, and this year in general.

It was all about Kane this evening, with Opta tweeting a flurry of stats to show just good Kane has been this year

3 – Away goals scored at Turf Moor in the Premier League this season:

It was all about one man this evening

There aren't enough superlatives to describe Harry Kane anymore. Class of his own.

Harry Kane is gonna end 2017 being the player with the most goals in the calendar year, world class

Harry Kane scoring a hat-trick for Spurs to give them the 3 points and go above their opponents Burnley & Arsenal too. Kane’s bags 3 to become the joint top scorer in the league, what a player. World class.

Harry Kane is just a top class striker, nothing but respect for the lad ??