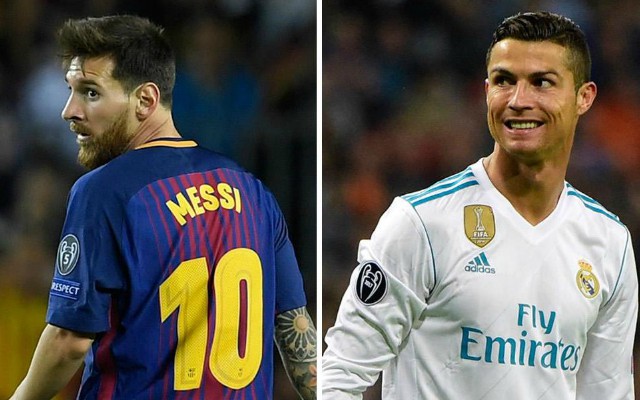 Lionel Messi ensured he finished ahead of Cristiano Ronaldo on goals in 2017 with his strike in today’s El Clasico between Real Madrid and Barcelona at the Bernabeu.

The Argentina international netted his side’s second from the penalty spot and went on to set up the third in a highly convincing victory for the La Liga leaders away to their biggest rivals.

Messi was in inspired form after recently missing out on the Ballon d’Or to his old nemesis Ronaldo, who was not at his best in today’s early kick-off.

The goal now ensures Messi finishes 2017 ahead of Ronaldo in the scoring charts for the calendar year, though he’s not yet guaranteed to beat off other competition.

The 30-year-old is just four goals ahead of Tottenham striker Harry Kane in 2017, so the Spurs hit-man has today and Boxing Day to level things up or even overtake him, which doesn’t seem entirely beyond him.

For now, however, it’s a significant victory for Messi over Ronaldo in their long-standing personal rivalry, with both players being the top two in the world for much of the last decade.

Ronaldo may have won the Ballon d’Or this year, but the pair have five each and Messi has ended 2017 in some style to prepare for what he hopes will be a more successful 2018.