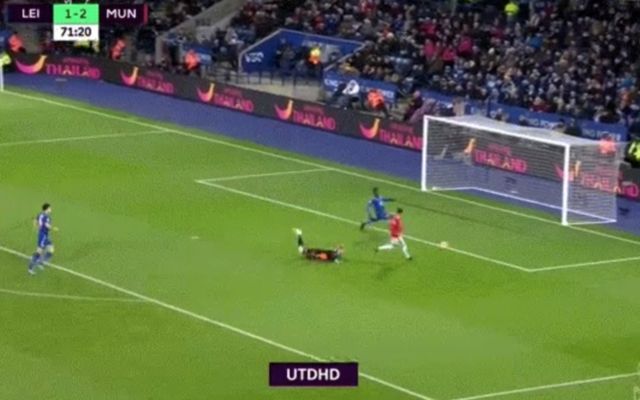 Man United midfielder Jesse Lingard provided one of the misses of the season in the Red Devils’ match against Leicester this evening.

United are currently 2-1 up against the Foxes in the Premier League, however the away side could be two goals to the good should Lingard not have missed this golden chance.

After being put through one-on-one, the England international had the goal at his mercy after he rounded Kasper Schmeichel, but the midfielder hammered the ball agains the bottom of the post when it seemed easier to miss.

With finishing like that, it makes you wonder how the player has managed to scored four goals in his previous three games before today.

Should United end up drawing or losing the match, Lingard’s miss will go down as one of the major turning points in a match that the Red Devils need to win in order to keep up the pressure on rivals Man City.