Man United could be about to include a loan deal as part of an offer for Fulham youngster Ryan Sessegnon which would see the player loaned backed to the London club.

This is according to the Sun, who state that Jose Mourinho’s side have upped their pursuit of the midfielder ever since he scored a hat-trick for Slavisa Jokanovic’s side in their 5-4 win over Sheffield United in the Championship last month.

The Sun have also reported in the past that the Premier League giants are weighing up a £25M move for the youngster, and it seems as Sessegnon may remain in west London on a temporary basis should United decide to include a loan-back option as part of their offer for the player. 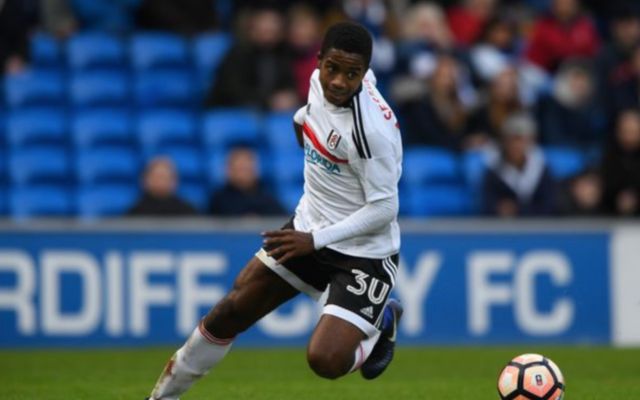 Since making his debut for the west London side last season, Sessegnon has impressed massively with his performances.

So far for the Whites, the 17-year-old has managed to amass a record of 11 goals and six assists in 55 appearances for the club, a very impressive return considering the player’s age.

So far this season, the winger has scored four and assisted twice in 23 league appearances for Jokanovic’s side, with three of those goals coming in a 5-4 win over Sheffield United in November.

Sessegnon’s lightning-quick pace and quality left foot has seen a lot of fans label the winger as one of the most promising and exciting young players in England.

On the international stage, Sessegnon has managed to amass four goals in 14 appearances for England Under-19’s, an impressive return considering the player is only 17.

Should United end up making a solid offer for Sessegnon, it’ll be interesting to see if the Red Devils decide to loan the player back to the Championship side as part of the deal.