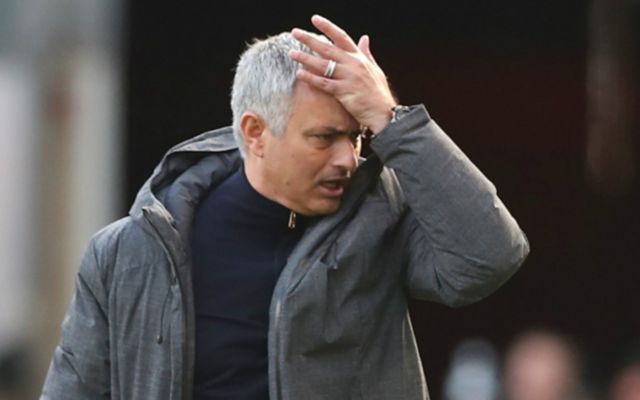 Jose Mourinho could be set to depart Manchester United in the next year and a half with the Old Trafford board reluctant to extend his current deal.

A report from the Mirror has stated that there are fresh questions being cast over Mourinho’s qualities following a turbulent few months at Man United.

The report states that Mourinho’s current deal is set to expire in 18 months time and it is starting to look unlikely that the powers at Old Trafford will offer the manger an extension on his deal.

Mourinho of-course has a history of never sticking around for too long at a single club but the fact that it now looks as though it will be the United board rather than he himself who gets to decide when the self-proclaimed ‘special one’ walks out of the exit door is sure to be a serious knock to his ego.

Manchester United currently sit thirteen points behind rivals Manchester City in the Premier League and Mourinho also failed to secure a top four place with United in his debut season with his Europa League victory the only reason the Red Devils were able to qualify for Champions League football.

Given all of the above it looks as though Mourinho’s time at Man United is starting to look in more and more jeopardy by the day.