Arsenal are reportedly preparing a £35.5million bid to seal the transfer of Juventus defender Medhi Benatia this January as they could have plenty to spend.

The Gunners are looking likely to cash in on Alexis Sanchez and Mesut Ozil this winter instead of losing them for nothing and could kick-start their spending with an offer for Benatia, according to Sky Sport Italia, as translated by the Daily Express.

The Morocco international is regarded as one of the top centre-backs in Europe, having shone for Juventus as well as former clubs Bayern Munich and Roma down the years.

There’s no question Arsenal could do with a signing of his calibre at the back this season, with Laurent Koscielny perhaps looking past his best and with Shkodran Mustafi struggling for consistency. 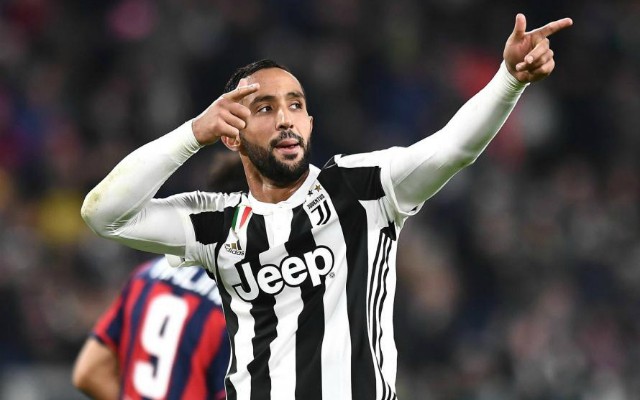 Per Mertesacker is also set to retire at the end of the season, so moving for Benatia now could be a sensible move by Arsenal.

The Express claim Arsenal are set to bid £35.5m for him, and suggest that might be enough to persuade Juve to let him go.

The report goes on to say that the addition of Benatia could be one of many this January if Sanchez, Ozil and other big names such as Jack Wilshere and Theo Walcott also leave the Emirates Stadium.

Mesut Ozil wanted in shock move by surprise Championship club
Apr 3 2022, 10:27
Hull City FC
Mesut Ozil was never the same after “one of his most favourite players” left the club in 2018
Mar 31 2022, 12:54
Arsenal FC
Mesut Ozil “had problems with everyone” at Arsenal, claims former team-mate
Mar 29 2022, 13:59
Arsenal FC
Mesut Ozil suspended by Fenerbahce with immediate effect, says official club statement
Mar 24 2022, 12:48
Arsenal FC
Alexis Sanchez can have no complaints – he was lucky not to get a straight red in the first half against Liverpool, says Mark Halsey
Mar 9 2022, 9:42
Liverpool FC
Video: Sanchez escapes red-card after knee-high tackle on Thiago
Mar 8 2022, 21:14
Liverpool FC
“One of my favourites” – Odegaard reveals the Arsenal hero he idolised growing up
Mar 6 2022, 11:31
Arsenal FC
Video: Alexis Sanchez scores a screamer for Inter in the Coppa Italia
Feb 8 2022, 22:15
Inter Milan
Mesut Ozil sends message to Pierre-Emerick Aubameyang after he announces Arsenal exit
Feb 2 2022, 13:06
Arsenal FC
Opinion: Arsenal are trusting Mikel Arteta to take them down a dangerous path
Feb 2 2022, 10:26
Arsenal FC