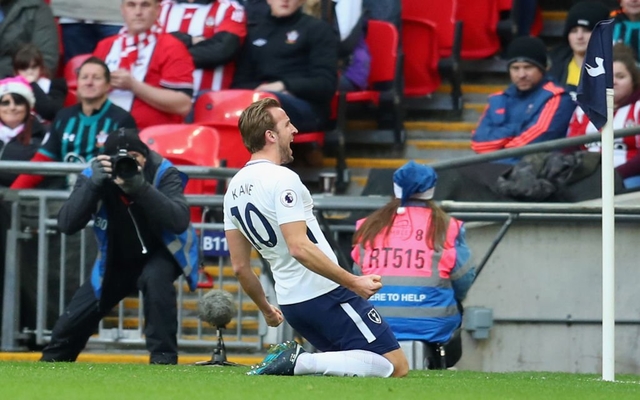 What a calendar year it has been for Tottenham striker Harry Kane, and he topped it off by breaking a Premier League record against Southampton.

The Saints arrived at Wembley on Tuesday hoping to secure some Boxing Day cheer for their supporters, but that quickly dissipated as Kane struck twice in the first half.

That took his tally to a staggering 38 Premier League goals in 2017, surpassing the previous record set by Alan Shearer when he bagged 36 for Blackburn Rovers in 1995.

With time to go to add to that tally still, Kane will be hoping to continue to find the back of the net as he picked up from where he left off against Burnley last time out.

Further, he’s also now got more goals than Barcelona icon Lionel Messi this year, as that is another indication of the kind of form he’s been in for Mauricio Pochettino’s side, not to mention the fact that he has had his injury troubles too to make the feat even more remarkable.

Most @premierleague goals in a calendar year: