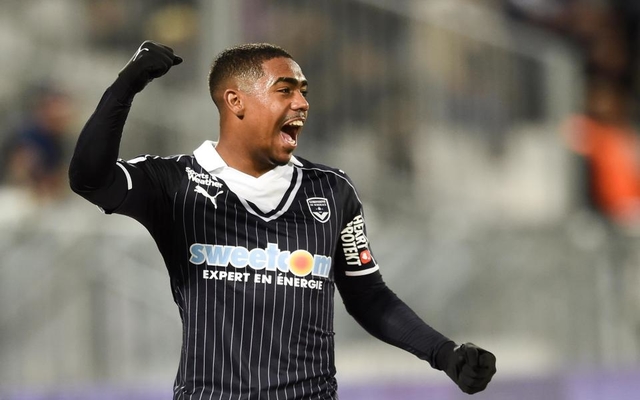 Man Utd are reportedly set to make their move for Bordeaux starlet Malcom in the January transfer window with a £40m bid for the Brazilian.

The 20-year-old has been making noise with the Ligue 1 side so far this season, scoring seven goals and providing five assists in 20 appearances in all competitions.

It comes after his move to Europe from Corinthians in January earlier this year, and his form in France has seemingly attracted the attention of Jose Mourinho.

According to Goal.com, Man Utd are set to make a £40m bid for Malcom when the transfer window opens for business next month, although it’s also noted that Bordeaux could be looking to fetch something closer to £55m for their prized asset.

Further, another issue in United’s bid to sign him in January is the fact that it’s added that the French outfit have no desire to sell until the summer, and so that could make such a swoop problematic in the short-term future.

That aside though, that’s still a lot of money for a relatively unproven young talent who will have to show that he’s capable of making the step up to the Premier League and to deliver for a European giant like United on a regular basis.

With a preference to play on the right wing, albeit with the versatility to play through the middle or on the opposite flank too, he’ll also have plenty of competition for places at Old Trafford, and so question marks could be raised over such a move given the reported transfer fee involved.

Nevertheless, evidently given the ongoing nature of the rumour, Mourinho may well have seen something he likes in the youngster, and with Juan Mata and Henrikh Mkhitaryan two star names not quite being decisive enough in the final third this season, perhaps long-term replacements could be brought in to compliment the likes of Anthony Martial, Marcus Rashford and Jesse Lingard.