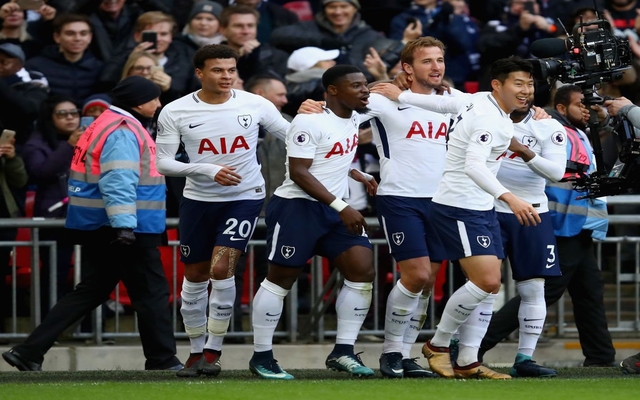 Tottenham secured a 5-2 win over Southampton on Boxing Day, but the headlines will belong to striker Harry Kane after he bagged another hat-trick.

It didn’t take long for the hosts to find their stride at Wembley and although they won’t be happy with the goals conceded, with questions likely to be asked of Hugo Lloris, they were a joy to watch going forward at times.

With Kane up top to finish things off, it was a clinical display from Tottenham who will hope that results go their way and that they can stay in the top four heading into the New Year fixtures.

As for Kane, the 24-year-old broke Alan Shearer’s record having taken his tally to 39 Premier League goals in a calendar year, while he also surpassed Lionel Messi’s goal haul for the year as he moved to 56 with the Barcelona legend on 54.

If that wasn’t enough, Kane bagged his eighth hat trick of 2017, and that’s more than Lionel Messi, Cristiano Ronaldo, Robert Lewandowski, Edinson Cavani and Sergio Aguero combined, which is another indication of what an incredible year he has had.

Tottenham will be delighted with the three points, but it does come back to familiar failing in that they have to start winning trophies to silence their detractors and doubters completely.

Until then, Kane’s goals are fantastic, but there needs to be an end result too.

Lloris scores poorly with us as he flapped at both goals, but there were impressive displays from Jan Vertonghen and Eric Dier, along with attacking duo Dele Alli and Heung-Min Son who were instrumental in the victory.

However, our highest mark is naturally reserved for the man of the hour, and that’s Kane who gets a 10/10 and the Man of the Match award for his efforts.

Most @premierleague goals in a calendar year:

It’s fair to say that Tottenham fans were delighted with what they saw in the game, and unsurprisingly it was Kane who took most of the plaudits.

As he continues to find the back of the net with such regularity, England boss Gareth Southgate will be hoping he can replicate it for his country next summer at the World Cup in Russia…

I was alive when Harry Kane played for Tottenham.

Harry Kane is the best player to grace a pitch.

Great team performance today, Dier and Rose were excellent today amongst others, great to see us back to winning ways, well done lads

This is how @SpursOfficial you have to play with clubs like @SouthamptonFC. Good game, 2 goals lost stupidly and simple way. @HKane you are terrific in this season. @JanVertonghen good play in defensive. #BoxingDay #COYS #TOTSOU