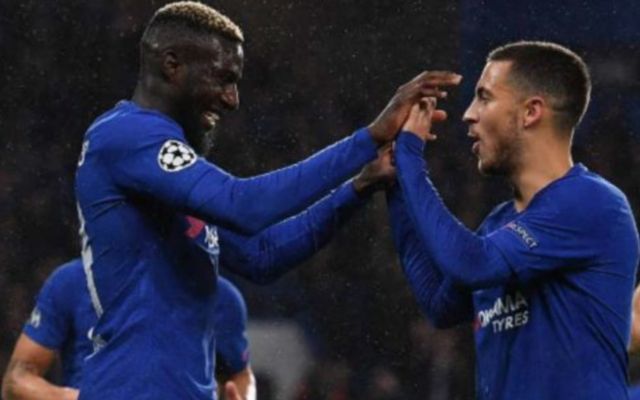 Chelsea fans tore into French midfielder Tiemoue Bakayoko at half time in their match against Brighton today following the player’s poor first half showing.

The Blues went into the break drawing 0-0 with the Seagulls, with Bakayoko missing the home side’s best chance of the match early in the first half.

The former Monaco ace missed a somewhat open goal following a smart header back from German Antonio Rudiger as the Blues failed to break down the away side’s defence.

The player has failed to impress a part of the Blues’ fanbase fans since his arrival in the summer from Ligue 1 champions Monaco.

Here are a few select tweets from Chelsea supporters who weren’t necessarily happy with Bakayoko’s performance in the first half.

Bakayoko again.. you’d think he’s a goalkeeper with finishing like that.

I like Bakayoko a lot, but he doesn’t offer anything much in a game like this. We need a goalscoring midfielder in games like this where teams just come to defend and nothing else.

It's fair to say that Bakayoko isn't a natural finisher #cfc

Alonso out. Pedro in. Pedro at wingback and Cesc only in the final 3rd. Bakayoko and Kante stopping counters. I don't have the mental health required to see Bakayoko do nothing in the final third.

Bakayoko offers absolutely nothing on the pitch and he keeps starting. Wtf.