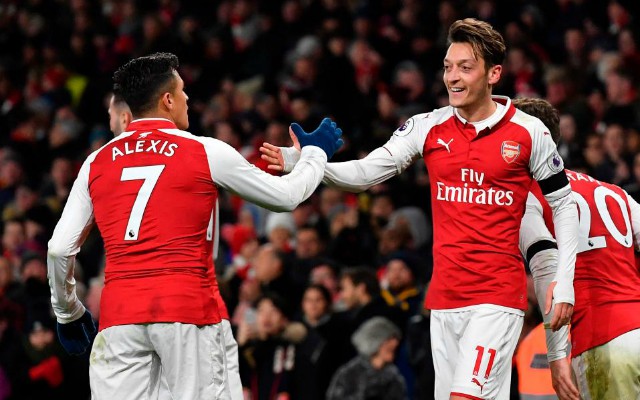 Arsenal forward Alexis Sanchez has been spotted in Paris amid transfer speculation linking him with PSG, which could be a worry for Gooners and for Manchester City fans.

The Daily Mirror have recently linked Sanchez with both PSG and City, and there seems little doubt that Arsenal would rather lose him to a foreign club than to a Premier League rival.

Sanchez has been one of the best players in the Premier League since he joined the Gunners from Barcelona back in 2014, and the Chile international would make another great big-name addition at ambitious and wealthy PSG.

The Ligue 1 giants snapped up big names like Neymar and Kylian Mbappe in the summer and Sanchez would certainly fit in alongside the pair up front.

Still, Sanchez’s trip to the French capital may be more innocent than that, with Get French Football News tweeting that they understand the 29-year-old is only there on a mini-break.

It remains to be seen if this means he could sit out Arsenal’s next game against Crystal Palace.

Don Balon also reported today that a swap deal involving Sanchez and PSG star Julian Draxler could be close to completion for Arsenal.