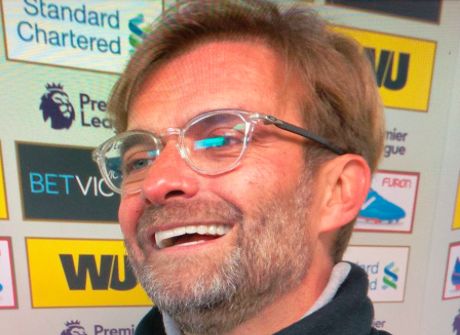 There was some talk about the German tactician’s shiny new smile earlier this month in the Daily Mirror, and now Gary Lineker has tweeted about the noticeable change.

Dental hygiene didn’t always seem to be Klopp’s thing, but Lineker does seem to have a point that he’s looking a little more like star forward Roberto Firmino these days.

Klopp has surely had something done to them – either that or he’s just started brushing really, really well.

What the fuck has Klopp done to his teeth?

I preferred it when he looked like the honey monster!

Character has gone in a single mouthful