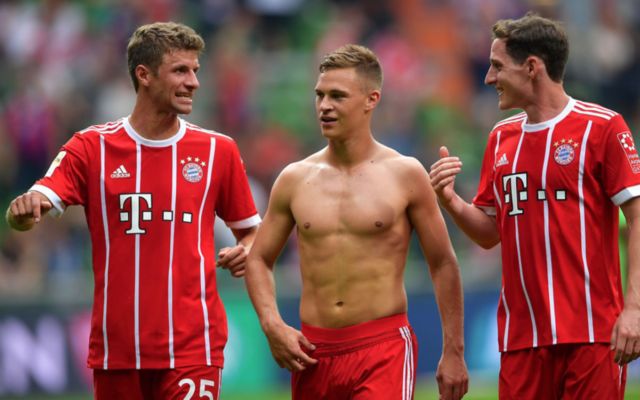 Man City have been dealt a blow in their reported pursuit of Bayern Munich star Joshua Kimmich after reports emerged that the player is set to sign a new deal with the Bundesliga giants.

This is according to German side Kicker, as story that was re-reported by the Sun, who state that the German defender is to sign a new deal with Jupp Heynckes’ side until 2023.

German news outlet Bild have reported in the past that Man City were interested in the 22-year-old, however now it seems as if they Citizens’ hopes of signing the player are fading fast. 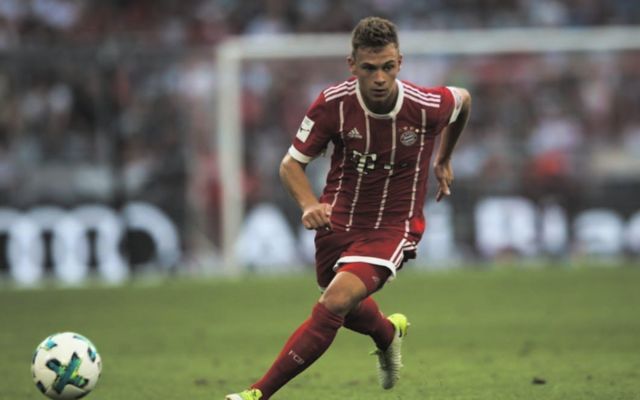 Since breaking into Bayern’s first team in the 2015/16 season, Kimmich has consistently proved his worth to the German champions.

In 103 appearances, Kimmich has been able to contribute a total of 12 goals and 14 assists, a decent record for a defender.

One thing that has seen fans take to the German international is his versatility, as Kimmich has shown that he is capable of playing in a number of positions throughout his career at Bayern so far.

The player has been deployed as a right-back, centre-back and central midfielder since his arrival at the club in 2015, showcasing just how useful the player can be to someone like Pep Guardiola, who often like to try playing players out of position in order to suit his play style.

Following this news, it’ll be interesting to see who the Citizens turn their attentions to next, as boss Guardiola looks to assert brilliance on the Premier League.