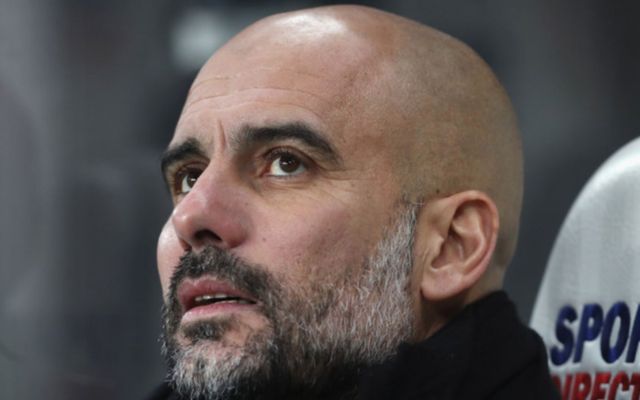 This is according to the Sun, who state that the Spaniard is beginning to run out of patience and become frustrated with the Belgian international following an incident in the match against the Magpies where the player was subbed off in the 11th minute after he picked up an injury.

Speaking about Kompany’s latest injury, Guardiola said that “I don’t know what is going to happen.Unfortunately he is injured again like the last three years. We are going to see how long it will be before he is ready.” 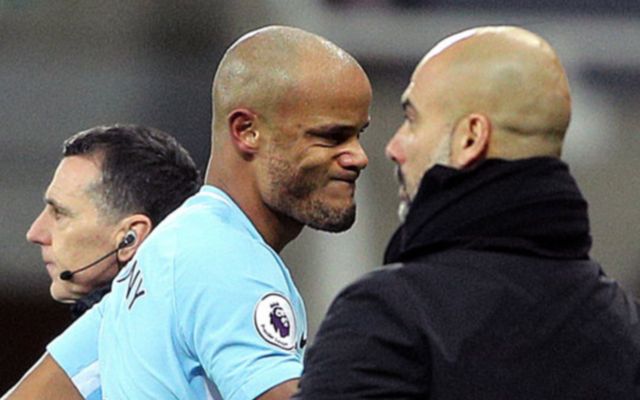 Throughout his Man City career, Belgian international Kompany has struggled with injuries consistently.

So far this season, the defender has only been able to make nine appearances, with all of these coming in the Premier League.

Last campaign, Kompany was only capable of making 13 appearances in all competitions as Man City finished fourth in the Premier League in Guardiola’s first season in England.

Kompany hasn’t been able to make more than 14 league appearances in a season since the 2014/15 campaign, where he made 25 as his side finished 2nd behind Chelsea.

Since arriving in Manchester, the player has missed a total of 127 games through injury, which just shows how injury prone the defender can be.

Should Kompany continue to pick up injuries, it surely won’t be long before we see the Belgian leaving the club in search of a different, easier challenge.