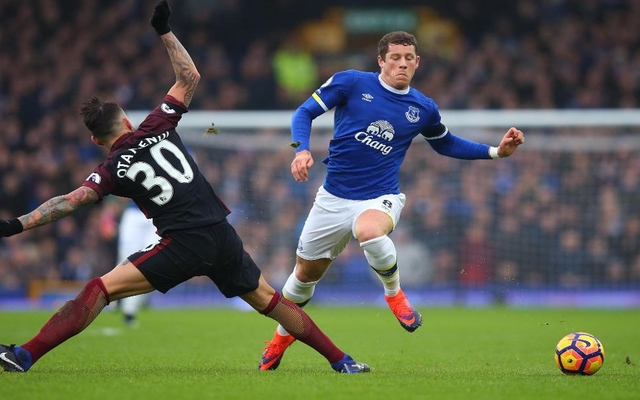 He has yet to make a single appearance for Everton this season, but Ross Barkley’s injury hasn’t been enough to put Chelsea off a January swoop, as per reports.

As noted by The Independent, the Blues failed with a deadline-day move for the 24-year-old, who has bagged 27 goals in 179 appearances for his hometown club since making his breakthrough in 2010.

In the six months between the two transfer windows this season, it would have been no surprise if Chelsea diverted their attention elsewhere, but according to The Telegraph, they’re still keen on Barkley.

The England international’s current contract expires at the end of the season, and so perhaps the most sensible strategy would be to wait until the summer and snap him up on a free transfer, provided that he has no intention of signing a renewal with the Toffees.

However, as per the report, Chelsea are ready to pay Everton to land his signature in January as they also look to fend off competition from Tottenham.

It’s questionable as to how big a leap Barkley would give Chelsea in terms of quality and strengthening the squad to compete with their rivals, with the report adding that Thomas Lemar, Alex Sandro and Alex Telles are all possible transfer targets for  Conte too.

The left-back position is surely of more importance considering the alarming lack of depth and competition for Marcos Alonso, with the Spaniard featuring heavily this season as he’s rarely played less than 90 minutes in the 26 appearances he’s made so far.

In turn, perhaps that should be the area given most priority, while Lemar could be a great addition. The Frenchman scored 14 goals and provided 17 assists in 55 appearances for Monaco last season as they lifted the Ligue 1 title.

He hasn’t been able to replicate that this year due to injuries and lack of form, but at 22 years of age and with more pedigree at the highest level for club and country, he could arguably make the better signing for Chelsea and Conte as opposed to Barkley.