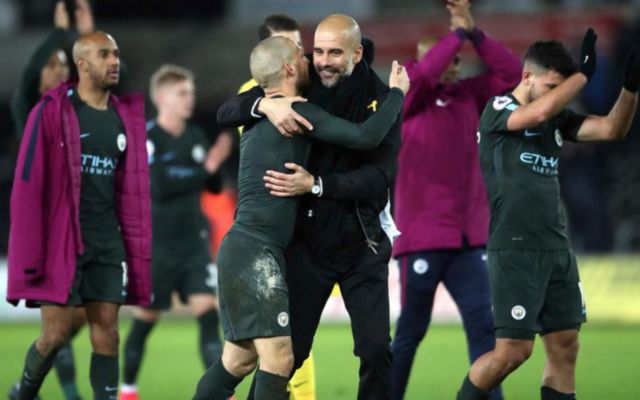 Manchester City have been dealt some great news, after reports emerged that the massively influential Pep Guardiola is keen on staying with the club beyond his current three year deal.

This is according to the Daily Mail, who state that the Spaniard, who arrived at the club at the last of the 2016/17 season, plans to stay at the club beyond when his current contract expires at the end of next season.

The news outlet are also stating that the 46-year-old recently spent big money on a place in Manchester, and that talks between the manager and the club are expected to happen at the end of this season.

Since arriving in Manchester in the summer of 2016, Guardiola’s impact on Man City and the Premier League has been monumental, with his side currently siting 15 points clear at the top of the league.

So far this season, Guardiola has overseen a record-breaking start to the Premier League season, with the club’s league record currently sitting at 19 wins and one draw from their first 20 games, which is the best start ever for a team after 20 matches in Europe’s top five leagues.

Guardiola has also been credited with the upturn in form and ability of stars such as Raheem Sterling, John Stones, Fernandinho and Nicolas Otamendi, something that has contributed massively to City’s world class form.

The Citizens’ form this season has seem some tout former Barcelona boss Guardiola as the best manager in the world.

Should Guardiola end up signing a new deal with Man City, it’ll be music to the ears for the club’s fans, who are obviously delighted with the impact Guardiola has had on their club since his arrival.