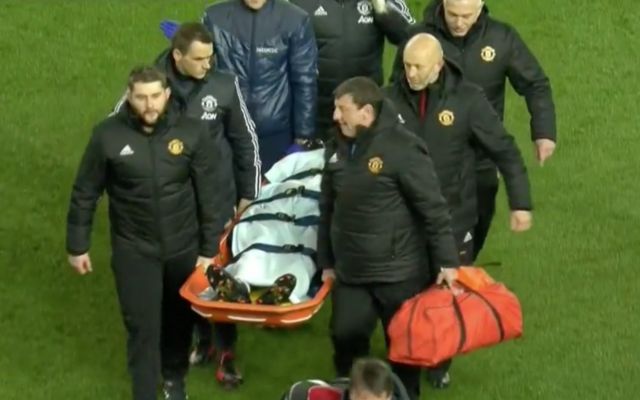 Man United have been dealt a huge blow in their match against Southampton this evening, as key man Romelu Lukaku had to be stretchered off after clashing heads with Southampton defender Wesley Hoedt.

Lukaku started the match alongside surprise inclusion Henrikh Mkhitaryan as United looked to get back to winning ways against the Saints.

However, the Belgian international’s night was cut short, as the player had to be stretchered off after he collided with Wesley Hoedt after the pair both went up for a header. 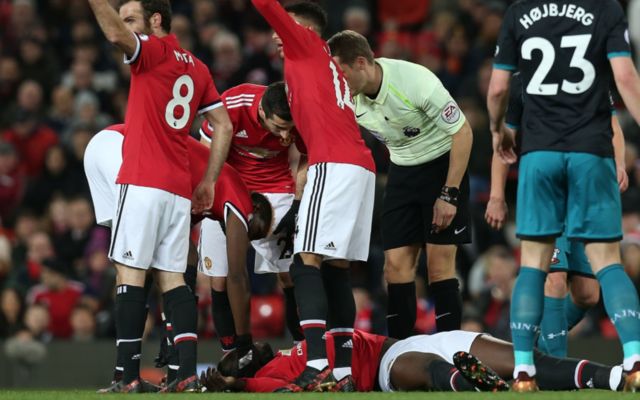 Lukaku has been one of Jose Mourinho’s side’s key players so far this season, scoring 10 goals so far this league campaign, so should Lukaku be out for some time, it’ll be interesting to see how United cope without the forward.

United ace Lukaku was replaced by England international Marcus Rashford following the incident in the match, so the Red Devils still have some firepower to rely on as they look to find a way past the Saints this evening.