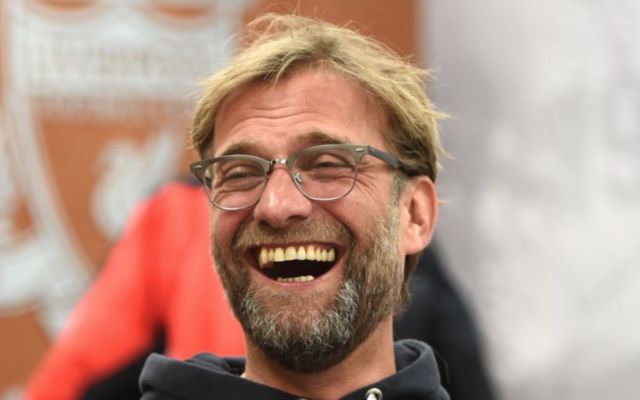 It’s turning into quite the week for Liverpool fans, as they’ve got more positive transfer news to potentially be excited about in terms of another key signing.

Having splashed out £75m to sign defender Virgil van Dijk who will join on January 1, as per BBC Sport, there were also claims from The Sun via Bild that the Reds may well have won the race to sign Schalke midfielder Leon Goretzka.

Jurgen Klopp has already got Naby Keita arriving from RB Leipzig next summer, as noted by the club’s official site, and so it seems as though Liverpool are absolutely flying on the transfer front.

It doesn’t end there either, as while they’ll hope Van Dijk can be a fundamental addition in sorting out their troubles at the back, another area that has been heavily scrutinised is the goalkeeping situation as neither Simon Mignolet nor Loris Karius have been able to entirely convince.

While both have had their more positive moments, a costly error or two don’t seem to be too far away, and while there are no complaints over Liverpool’s dangerous attacking stars, their issues at the back are undoubtedly the biggest concern in terms of holding them back from winning major honours.

According to Football.London, they could be about to address that issue now too as it’s claimed that Stoke City goalkeeper Jack Butland will snub a move to Chelsea in favour of joining the Reds.

However, it won’t be cheap as it’s claimed he’ll cost £30m, although it’s worth noting that the report adds that the England international isn’t the top option for Liverpool, albeit it doesn’t add who is.

Although they’ve significantly improved in that department in recent weeks, Liverpool still have the second-worst defensive record of the top seven sides in the Premier League.

The Van Dijk signing should be a huge step in solving that issue, but more is needed and a reliable and consistent goalkeeper would arguably be the perfect icing on the cake.