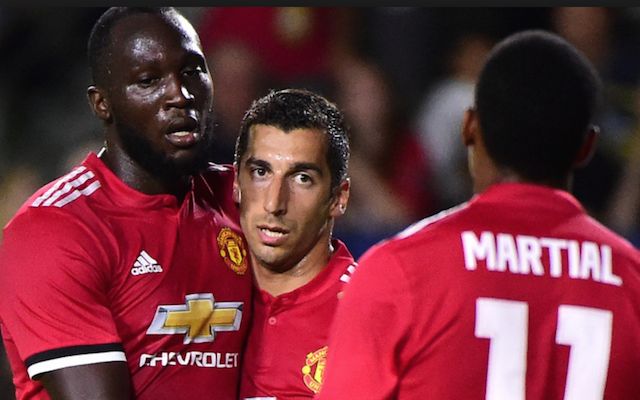 Man Utd take on Southampton on Saturday evening, and while their Premier League title hopes have faded away, they still want to keep hold of second place.

The Red Devils sit 15 points adrift of rivals Man City ahead of kick-off, while Chelsea leapfrogged them in the standings following their comfortable win over Stoke City.

In turn, Jose Mourinho will want a reaction from his players to that result to go back up to second, while also ending a three-game winless streak in all competitions of their own.

It’s been a disappointing fortnight for United, and it seems as though Mourinho has got a reaction out of fans with his line-up against the Saints.

Both Anthony Martial and Marcus Rashford start on the bench which in itself was enough to rile supporters up, but there was also a big call in starting Henrikh Mkhitaryan.

The Armenian international didn’t even make the match-day squad for six of seven games over the last month or so, but it appears as though he’s getting another chance from Mourinho ahead of the January transfer window.

Now it’s down to him to respond with an influential performance in order to prove his worth and to silence the doubters who wanted his teammates to start instead. There were some more supportive messages to go along with it too, but the pressure is on for a good display…

Wow, Mkhitaryan is starting…. Maybe a goal from him???? I don’t know but he is starting after a really long time. Hope he plays well today.

Glad to see mkhi getting a start finally