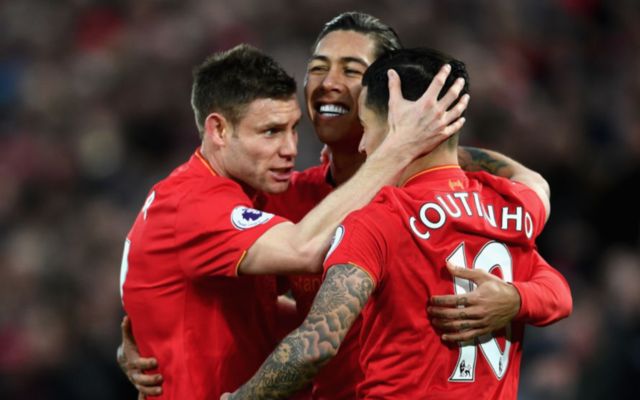 Liverpool fans took to social media to slam Jamer Milner’s first half performance against Leicester at Anfield this afternoon.

Leicester took the lead against Jurgen Klopp’s side very early on, with England international Jamie Vardy tapping home following a great cross from Riyad Mahrez to leave the striker with an empty net.

The Reds have had numerous chances to equalise in the first half, with the home side mustering up 11 shots since Vardy’s strike, however none have been able to beat Kasper Schmeichel in the Foxes’ goal.

Egyptian winger Mohamed Salah has been in fine form of late, has missed two big chances for the home side as they went into the break 1-0 down to Claude Puel’s side.

Liverpool fans took to social media to hammer the first half performance of James Milner, who is having a poor games for Klopp’s side so far.

Here are a few select tweets from fans slamming Milner’s performance so far in the match.

Get that old finished embarrassing mess Milner off

Adam Lallana needs to come on at half time for James Milner, creativity is needed and Milner is not the man for that job

Why is Milner on the football pitch

Milner is so damn average

We pay Milner £120k per week for performances like this. This club, man.

Milner in midfield is another no no