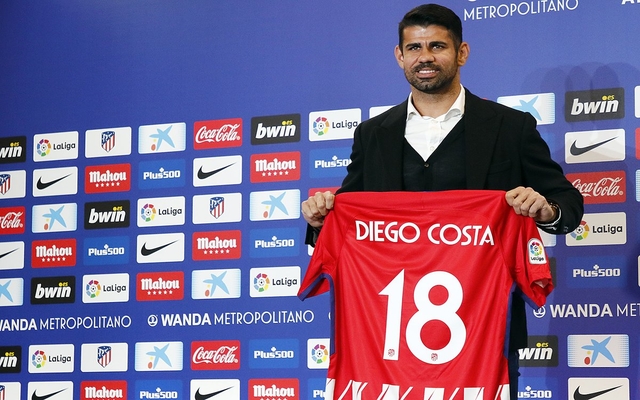 Having waited months to finally be unveiled as an Atletico Madrid player again, Diego Costa got his wish on Sunday as he was paraded in front of the media.

The Spaniard confirmed his move back to Atleti in September, but he has been forced to wait to be officially presented as he was signed outside of the transfer window and the Spanish giants had their transfer ban still in force until January 1.

With the New Year upon us, Costa has flashed a smile and shared his happiness ahead of his second debut for Diego Simeone’s side, and he’ll undoubtedly be relishing the opportunity to play again having spent so long on the sidelines.

Naturally, he’ll hope to find his form as soon as possible to not only help fire Atletico closer to major trophies this season, but also with a view of getting back into the Spain squad ahead of the World Cup in Russia next summer.

The club were clearly delighted to welcome him back, as seen in the tweets below, as they conceded that they had ‘missed that smile’ as Costa looked delighted to be back.

While the 29-year-old scored 64 goals in 135 games in all competitions in his previous stint with Atleti winning trophies along the way, he’ll hope to get back to that form after a successful spell with Chelsea, as he shared one last message for his former club and supporters.

“The fans, the people and the team-mates helped me a lot. Chelsea is a great club,” he added, as reported by The Express.

“I have a special affection for them, I only have good memories.”