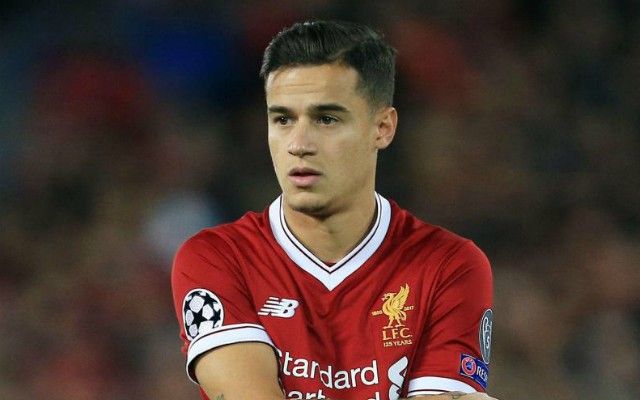 According to The Sun, they have their ideal man and it’s West Ham United’s Manuel Lanzini, who is said to be valued at around £40m.

It’s going to be incredibly difficult if not impossible to replace Coutinho entirely, with the 25-year-old in fantastic form so far this season with 12 goals and nine assists in 20 appearances in all competitions.

That comes despite a summer filled with rumours of a possible exit to join Barcelona, as noted by BBC Sport, while The Independent note how Nike dropped a major hint that a move is close by seemingly confirming the Brazilian playmaker’s transfer to the Nou Camp.

In turn, Coutinho deserves plenty of credit for staying professional and continuing to play a fundamental role for Jurgen Klopp’s side, and while Lanzini hasn’t reached anywhere near his level yet, he has impressed for the Hammers.

The 24-year-old has 15 goals and nine assists to his name in 75 Premier League appearances, as he’s shown great technical quality and creative abilities to be a key part of West Ham’s attacking play.

With so much room for improvement and plenty of leeway for his valuation to increase further, Liverpool could be an ideal destination for him as Klopp has shown over the years at Borussia Dortmund and Liverpool that he has a reputation of developing young talent.

That’s not to suggest that Lanzini would easily step in and replace Coutinho, but with Sadio Mane, Mohamed Salah and Roberto Firmino leading their charge, it could be a sensible move for the Reds to compliment what they have and continue to strengthen their squad in general.